Canada and Graham looking to have memorable season 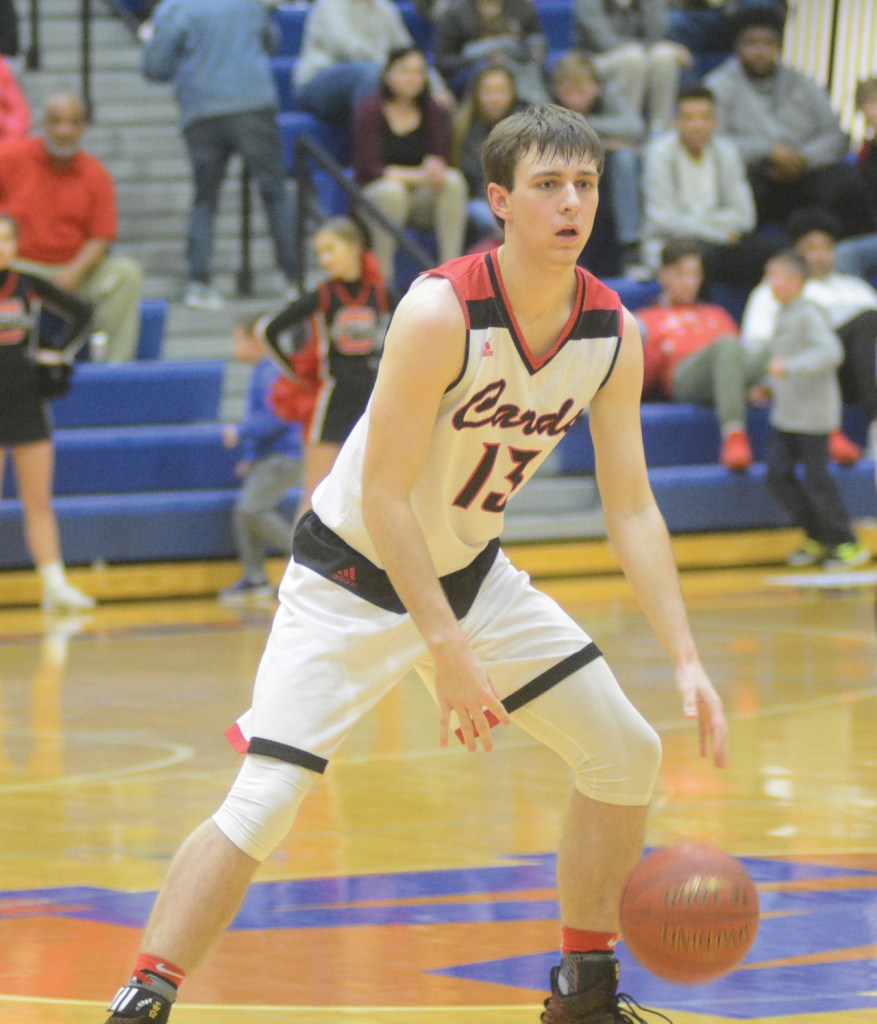 Rising seniors Jordan Graham and Brennan Canada are looking to lead George Rogers Clark to a 10th Region Championship title and will be spending their summer in the gym.

Canada and Graham helped the Cardinals achieve a 40th District Championship win in overtime against Paris but fell in the 10th Regional Semifinals to Campbell County who went on to win the tournament.

Both players recently played in the Kentucky versus Indiana Junior All-Star game in Louisville.

Despite the recognition from college scouts and participating in all-star games, both players are focused and determined to finish their high school careers with a bang.

Canada admits he is going to focus on his leadership this summer to take his game to the next level.

“I am going to focus on my defense a lot,” he said. “I want to improve on my rebounding and being a more vocal leader on the floor.”

Graham said he wants to expand his defensive versatility.

“I need to work on defense, too,” he said. “I need to guard quicker and smaller guards so I will focus on that this summer. Shooting too,  of course, and learning to play together and get used to each other for next season.”

Head coach Josh Cook said Graham and Canada have a huge impacts, on and off the court.

“On the court, both are hard workers that will give you a great effort,” he said. “They will do whatever is necessary to help the team win.”

Cook said the two student-athletes are nothing but heady influences on their peers and give GRC a good name.

“Both kids show leadership by being positive role models in our school,” he said. “They make good decisions and understand the important of putting forth a solid effort in the classroom. I am looking forward to what this season has in store and seeing what the future unfolds for them and our team.”

Canada said he loves every aspect of playing basketball.

“The whole game has just always been great to me,” he said. “I love playing to win and being around my friends. You will not be able to get these moments back once it is over.”

Graham said basketball has always been a family tradition that he wants to continue.

Canada said summer workouts and practices are huge contributing factors to help the Cards be successful next season.

“This summer is really important,” he said. “Getting everybody together and preparing for the next season helps us get a step closer to our goals and it kind of puts us ahead in a way.”

Graham said this summer will help the team find their chemistry.

“It gets us ready, no doubt,” he said. “All these games against other teams and all these workouts are nothing but beneficial for us. The offseason sort of puts the regular season in perspective on what we need to work on and what we need to do next.”

Both players said that they are blessed to have the opportunity to continue their basketball and educational careers at the next level, but said this season is what is most important and to take it one step at a time.

“It is a lot to take in,” Canada said. “You just have to do what is best and what fits you. I want to achieve my goals this season and worry about college when the time comes.”

“It is a fun process,” Graham said. “I am just looking to get better every day and not really worrying about it because I still have some time to figure out where I want to spend my next four years.”

Canada and Graham both are hoping summer will pay off in the long run to achieve the team’s ultimate goal next season.

“The goal is definitely to get to Rupp Arena,” Canada said. “All we want to achieve is to win the district again, make it out of the region tournament and be successful on and off the court.”

“All I want is to go to state,” Graham said. “That is why we play this game. We want a state title.”