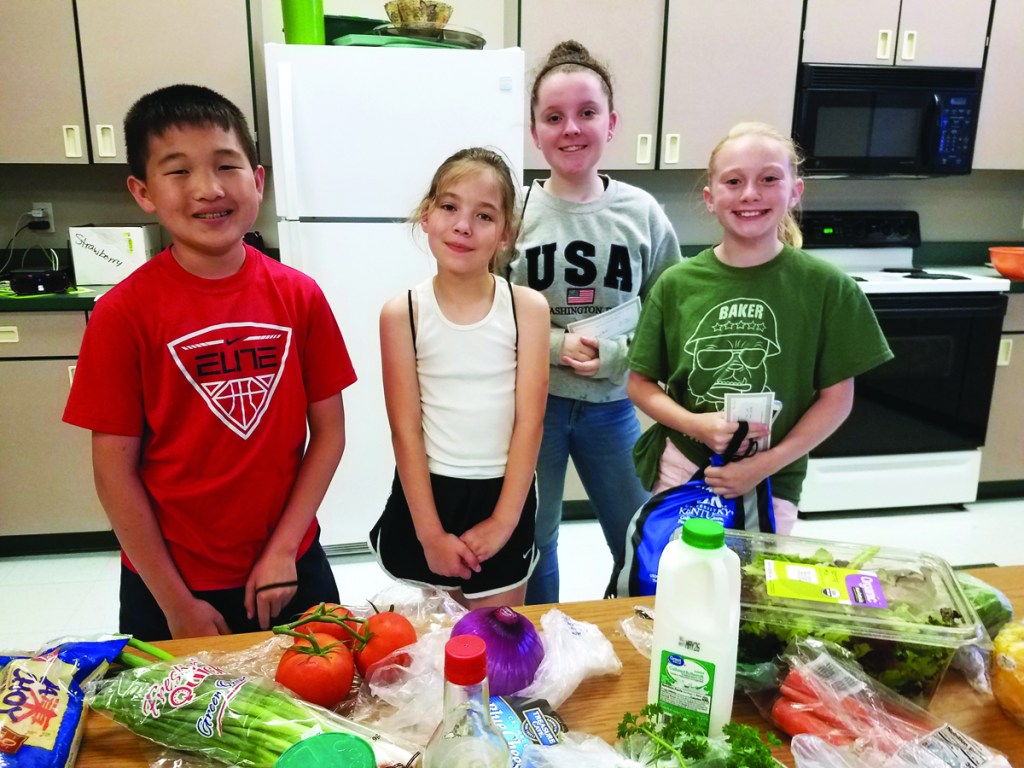 A team comprised of Saylor Gladden, Kaelyn Walters and Alec Skinner won the 4-H ‘Chopped’ cooking competition May 17. Emmie Comer, pictured in back, was the team’s mentor. (Photo submitted)

On May 17, the Clark County 4-H Beginning Cooking club hosted a 4-H “Chopped” competition to end the club year.

This competition was prepared by club leaders Leanna Comer and Leslie Hammer.

There were three teams each comprised of three 4-H’ers and one mentor from advanced cooking who rotated through the different challenges.

Following the salad and dressing creations, teams prepared plates for each of the two judges, two club leaders and an adult volunteer, who then gave verbal feedback about the culinary creations.

In a close competition, team three landed in the lead. Team members were Saylor Gladden, Kaelyn Walters and Alec Skinner. Their mentor was Emmie Comer.