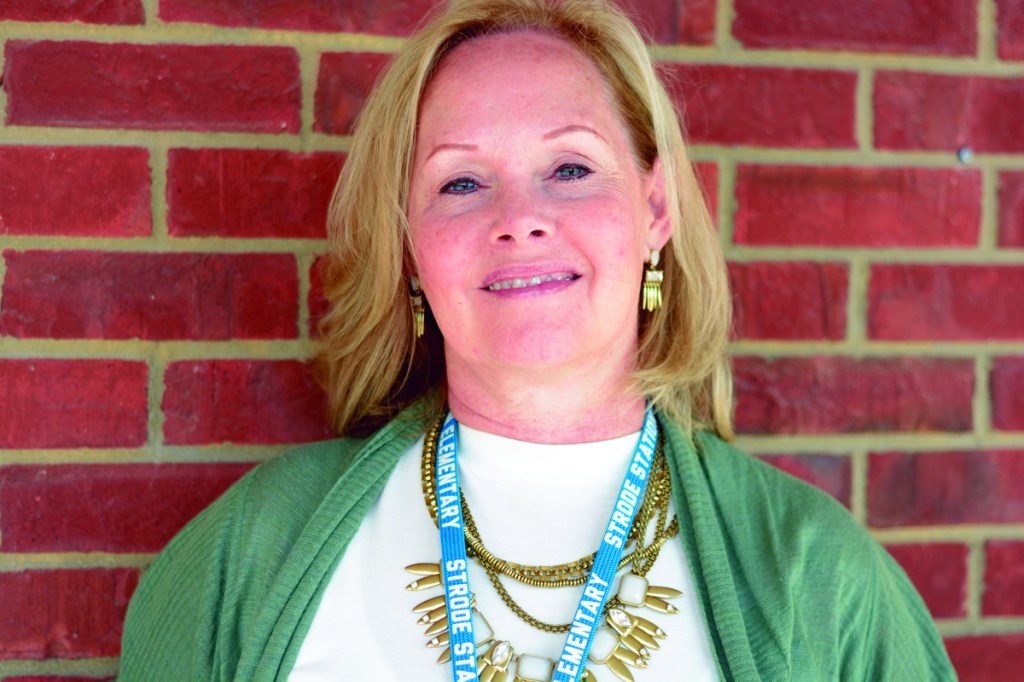 When Janet Brown took over as principal at the newly-consolidated Strode Station Elementary School in 2014, she rolled up her sleeves and took great care in planting seeds.

She was growing a new garden — one with deep roots in instruction focused on the blossoming of students, watered daily by loving teachers, strengthened by endless positivity and unified in the soil of common goals.

And how her garden has grown, Brown said.

“Now we’ve got this beautiful garden,” she said. “I’m so proud of it.”

In just a few short weeks, Brown will retire, leaving the garden to continue to grow under new leadership.

Brown said she is from Kansas City but moved to Kentucky in 1976.

After graduating from Western Kentucky University with a bachelor’s degree in elementary education, she began her career in Barren County.

Brown also served as a highly-skilled educator with the Kentucky Department of Education.

Upon leaving the department, Brown was looking for a counselor’s position. She had her master’s in counseling.

There happened to be an opening in Winchester. Brown’s son, a University of Kentucky graduate, was living in Lexington at the time.

“He encouraged me to come to Winchester, saying ‘Mom, it is fairly close to Lexington.’ So, I came, and I’ve been here since 2002,” she said.

“That was an interesting year, bringing everyone together from different schools and finding our way,” Brown said. “When I first came here and met with the staff, you have to think about how they were coming from their families and their schools and then coming together.

“It was a growing year.”

And after a 34-year career in education, Brown is retiring and moving on to the next chapter of her life.

“It’s been such a blessing to be a part of Clark County Schools,” Brown said. “They are awesome.”

Brown earned her leadership degree from the UK for her principal certification and has taken certification classes at Eastern Kentucky University.

Brown lauds her staff for their hard work in making Strode Station a school of distinction.

Retiring was no easy decision.

“It’s been difficult having to leave my passion, thinking about retiring,” Brown said. “This is my 34th year and it was a hard decision to make.”

But it was time, she said.

“It’s gonna be hard for me because this is my love,” Brown said. “I’m going to miss the kids more than anything.”

Brown’s office door is covered in love notes from students, a new one added each day.

Being a principal comes with great responsibility, ensuring the school is a safe place for everyone to learn and work.

Being a mother helped shape Brown into the leader, educator and person she is today, she said.

Brown’s son, Craig, was diagnosed with melanoma cancer in 2006 and passed away on his birthday at age 31. Brown said she cherished having that time with him, and was glad she was nearby.

“I only had like six weeks before he passed away,” Brown said. “Just knowing how important each day is, it’s just a gift.”

Craig was loving, outgoing and gifted in music, she said. He played the piano and worked in advertising before ultimately joining a band. Craig was Brown’s firstborn, having had him at 19. She watched him live life to the fullest.

“I think he still inspires me to do that,” Brown said. “And to find good.”

Because of Craig, Brown is reminded and reminds others to love people wholeheartedly,  enjoy life and cherish every moment.

Brown said she has lived far away from her biological family for many years, yet she found a family here.

“My family is here in Winchester with colleagues and friends,” she said.

Part of what has made Strode successful is its shared vision amongst leadership, staff and students, she said.

“When we begin the day, we talk about our vision,” Brown said. “We do our vision, striving to reach our destination of excellence, and we do the pledge. Then we end with our guidelines for success. And I tell them, I love them every morning, and I want them to remember to work hard and do their very best. And most of all, be kind to one another every day.

Brown said God called her to do education. She knew she wanted to pursue teaching in her junior year of high school.

“School was hard for me because I had to transition out of broken English and to learn how to read and try fluently,” Brown said. “Teachers made sure I had the support I needed to be successful.”

Brown said her favorite part about being in education is developing relationships with students and families. She also enjoys watching teachers grow and helping them build their professional expertise and love of teaching. Other highlights include being present with the students during the school day and working with other administrators in the district.

As a principal, Brown said her primary goal is making sure her teachers have everything they need. She monitors lesson plans, provides disciplinary action, works in tandem with the district and overall, ensures the school is fulfilling its mission. She even sweeps the floor, teaches a class and helps in the lunchroom when needed.

“You’re just there to serve,” she said.

Brown said she also adamant about making sure her teachers reflect on their practices.

“If kids didn’t pass the test, that’s on you,” Brown said. “You can’t say they’re lazy; you can’t blame it on their parents. No, it’s on you, and so you need to figure out what you did, what you can do to reteach that.”

In her retirement, Brown said she hopes to crochet, sing, be more active in the church choir, travel, cook, do yard work and more.

“I’m hoping to do some of those bucket list things,” Brown said. “We can go see Niagara Falls, the Grand Canyon, some of those things that I’ve read about that I actually want to go see.”

Though, she plans to stay involved in the educational realm in some capacity in Clark County.

“If I can help improve our education here in Clark County, I still want to be a part of that,” Brown said.