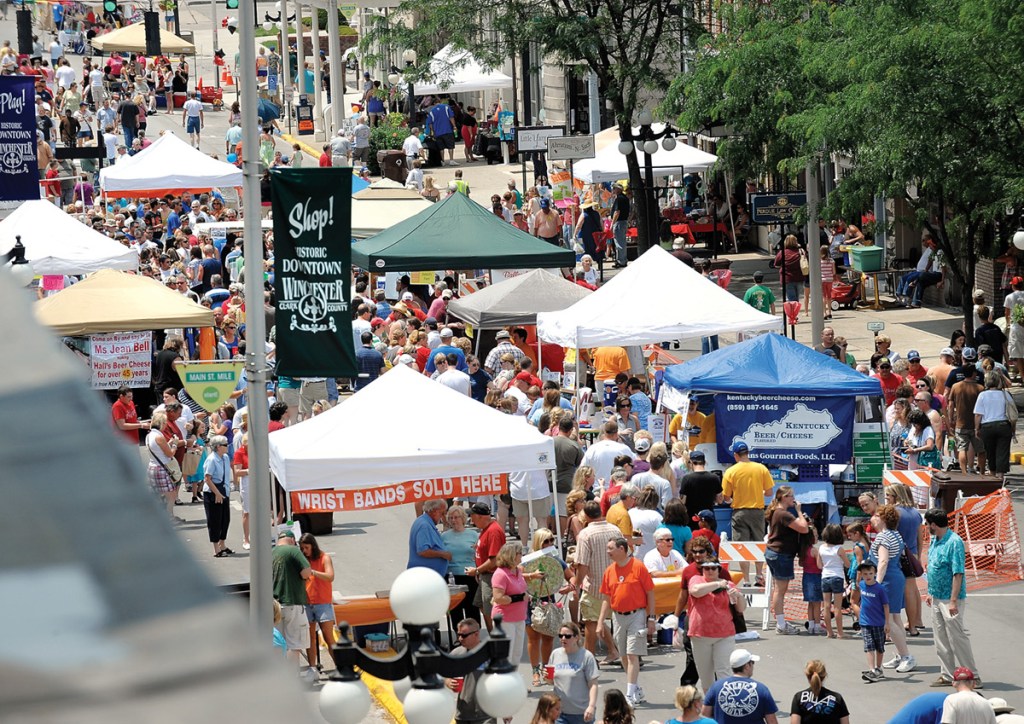 For the 10th year, downtown Winchester is getting cheesy.

The annual Beer Cheese Festival returns this weekend, with the main event Saturday along Main Street in downtown.

“It’s really grown over the years,” Alexander said of the festival. “We keep expanding and adding events. This year, we have Rock the Block and the Big Cheesy 5K on Friday.”

Rock the Block is Winchester’s summer downtown concert series which this week features Encore of Lexington.

The Big Cheesy 5K, which was formerly known as The Path Home 5K, is a fundraiser for the Clark County Homeless Coalition in Winchester,

“It seems like a good way to bring those audiences together” with the festival, Alexander said.

The festival started in 2009 to honor Clark County’s place as the original place where beer cheese was made. Every year, there is a competition among professional beer cheese makers with judges and a popular vote. Festival-goers can buy a wristband for $5, which provides access to the beer cheese area and one vote in the popular vote contest, Alexander said.

Last year’s top three winners and the popular vote winner are all returning this year, she said.

There is also an amateur competition before a panel of judges. Amateurs can register and drop off eight to 12 tablespoons of their cheese at Winchester City Hall between 8 and 11 a.m. Saturday, Alexander said. The top prize is $500 and a trophy.

In all, there will be about 150 booths lining Main Street Saturday including non-profit organizations, vendors and sponsors. This year includes a truck and boat show as well as live music throughout the day from local bands.

Besides being a downtown summer event, Alexander said the festival raises money which is reinvested in the community. While the festival generates funds for downtown revitalization programs, the Clark County UK alumni run a beer garden which raises money for scholarships and the Big Cheesy 5K benefits the homeless coalition.

“There’s a lot of good going on at this festival,” she said.

Alexander said volunteers are key to the festival’s success and more are needed to help with the 5K Friday evening. For more, go to beercheesefestival.com.