Leadership will be key factor for GRC soccer 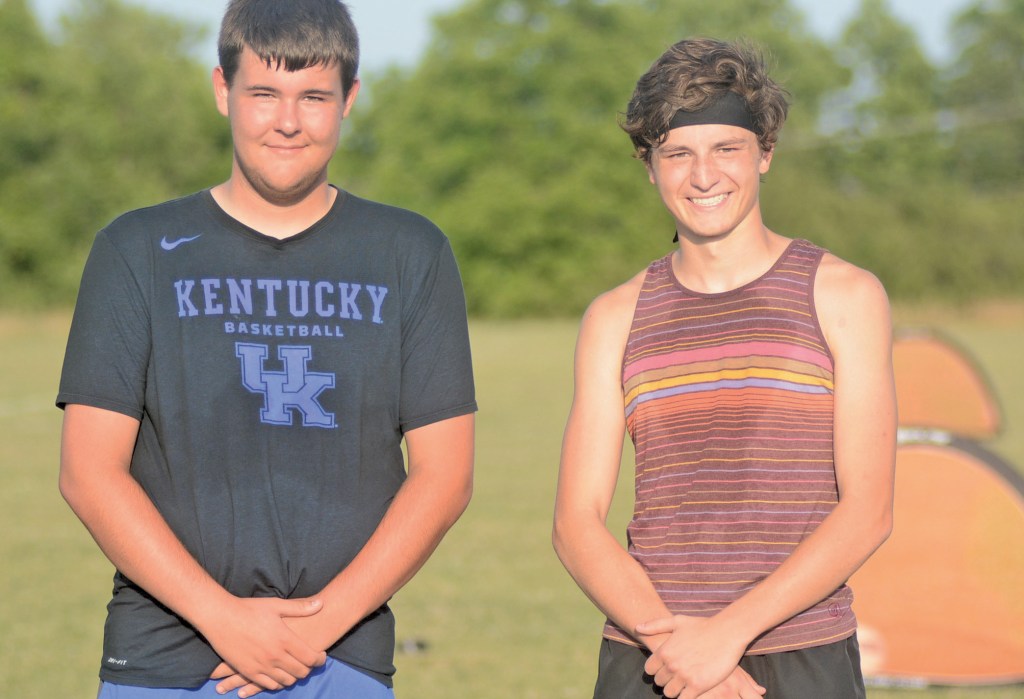 Although GRC lost 10 seniors, head coach Walt Ridener is confident his returning players will rise to the occasion.

Center back Tristan Hayes and right back Wade Carrington are focused on becoming more vocal leaders on and off the field to be more successful players and young men.

“You can’t be afraid of the ball or afraid of challenges,” he said. “You have to have good anticipation skills to be ready for the next play.”

Carrington claimed being fearless is what has made him become a solid defender.

“If there is someone that is 6-foot-2 and you are 5-foot-8 you still have to be able to put your body to him,” he said. “You still have to do whatever you can to stop him. On offense you can just go around the other player, but on defense you actually have to go to them and be aggressive.”

Hayes said team chemistry and getting to know the players better will be two areas that GRC will need to build on.

“I am definitely trying to communicate better,” he said. “I want to get to know the younger kids on a more personal scale. I want to be able to work with them instead of just trying to tell them what to do. We need to get to know each other and learn to work together.”

Hayes and Carrington both admitted balancing school, work and traveling for games is a tough responsibility, but they are learning how to cope with difficult situations.

“It can be very difficult,” Hayes said. “Some games you are looking at a two-hour drive so you are getting back at 11 or 12. It is very hard on those days when you are too exhausted to get everything done, but you still have to find a way to do it.”

“It can get tough,” Carrington said. “Especially when you have practice every day as well as the games mixed in during the week and the weekend.”

Carrington said successful teams cannot bring personal issues to the field or it could severely impact the team for the rest of the season.

“It is important to build friendships with everyone on the team,” he said. “You may not genuinely like the person, but it is still important to build. We can’t let something that happened off the field affect how we all play together because it could all go downhill fast. If we want to win district or region then we can’t let something like that happen.”

Hayes said his family has always been supportive for his love for soccer.

“My dad has taught me everything about sports,” he said. “He still pushes me and encourages me to keep working hard so I can go to college for it.”

“I have played soccer since I was about five years old,” Carrington said. “My family has always had my back so I kept playing.”

Hayes said he wants to be able to take his game to the next level and plans to work harder than he ever has.

“I want to train and work on my defensive positioning,” he said. “I really want to go to college and play so I am understanding the idea of having to work hard to get what I want out of life. I have to keep working, even in the offseason.”

“I am ready to see how I develop on and off the field as a senior,” he said. “I am excited for this opportunity to help lead the younger kids and take charge when we face adversity as the season gets closer.”