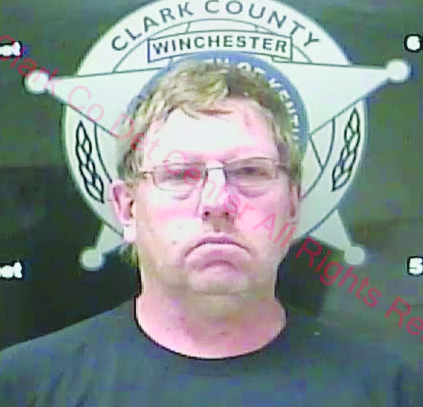 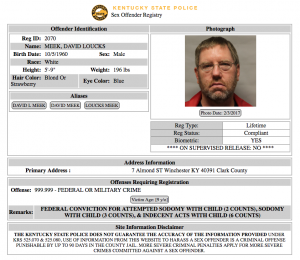 A Winchester man charged with sexually abusing a girl inside a church is also a registered sex offender within Kentucky.

David L. Meek, 57, of 7 Almond St., was arrested in May for second-degree sexual abuse following an incident at an unidentified church March 30. According to court documents, Meek allegedly touched a 9-year-old girl’s “private” areas over her clothes while in the sanctuary.

Meek was scheduled for a trial in Clark District Court Monday but the case was continued until June 18.

According to the Kentucky State Police Sex Offender Registry, Meek was convicted in federal court of two counts of attempted sodomy with a child, three counts of sodomy of a child and six counts of indecent acts with a 9-year-old child. The registry indicates the incidents occurred in North Carolina. He was listed as compliant and subject to registering his residence for the rest of his life.

Meek is currently being held in the Clark County Detention Center on a $25,000, though he could be released if he can post 10 percent. If convicted, Meek could serve up to 12 months in jail. The charge is a misdemeanor.