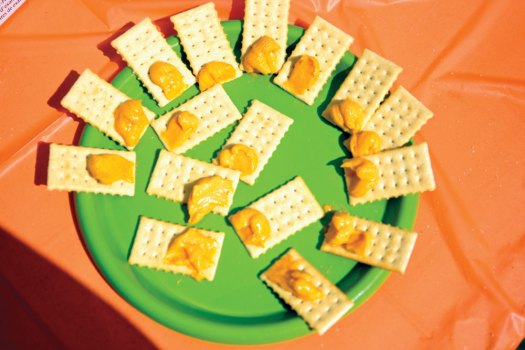 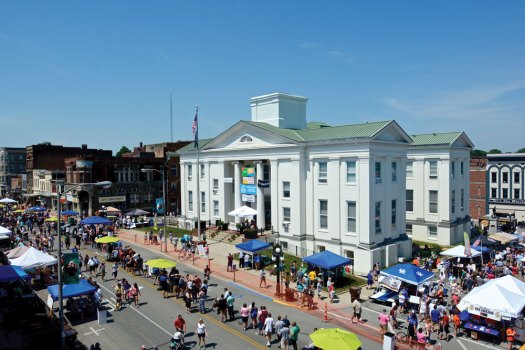 Thousands of people came out for the 10th annual Beer Cheese Festival Saturday to celebrate Clark County as the birth place of beer cheese. 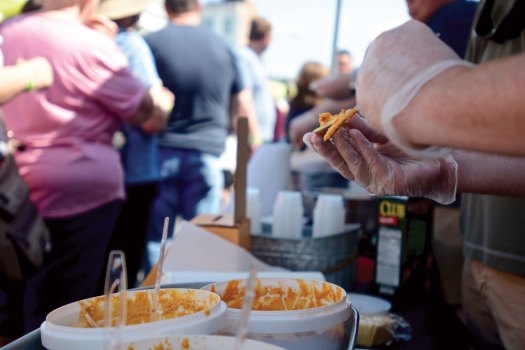 Frank Hunt with FX Hunt Beer Cheese dips out beer cheese for festival-goers. Hunt traveled from Florida to participate and test out his beer cheese, he said. 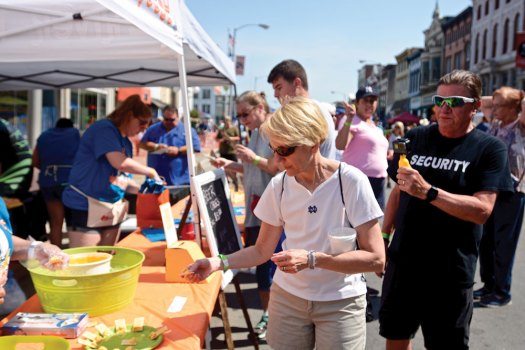 inchester got cheesy Saturday. Thousands came out to the 10th annual Beer Cheese Festival to celebrate Clark County as the birthplace of beer cheese.

Cindy Banks, executive director of the Chamber of Commerce, said hundreds had shown up before the festival officially started. And the momentum kept up until the festival’s end.

Despite the 90-degree heat, people made their way through the various vendors and into the coveted beer cheese tasting line, casting their votes for their favorite as they went.

The Beer Cheese Festival was first created by Main Street Winchester (then known as Winchester First) in 2009.

Nine professional beer cheese makers competed for the top honors and offered samples throughout the day.

River Rat Beer Cheese, Hall’s on the River and Kentucky Beer Cheese participated again this year, making them the only three competitors who have been involved all 10 years.

Frank Hunt with FX Hunt Beer Cheese said he decided to participate last year as a way to test his beer cheese-making skills. Hunt said he came up with the recipe eight years ago and has been living in Florida, though he grew up in Bourbon County.

Hunt said he sells his beer cheese and wanted to test its quality in the birthplace of beer cheese.

Festival-goers bought a wristband for $5, which provided access to the beer cheese area and one vote in the popular vote contest.

There was also an amateur competition before a panel of judges. The top prize is $500 and a trophy.

In all, there were about 150 booths lining Main Street Saturday including non-profit organizations, vendors and sponsors. This year included a truck and boat show as well as live music throughout the day from local bands.

Proceeds from the event go towards MSW which is a program of the City of Winchester.

Some projects supported by the festival over the last decade include $50,000 to start the Downtown Winchester Development Investment Fund, ornamental trashcans throughout the downtown district, Maple Street beautification projects, a mural series with local artist Phil May and more. The festival is organized by a devoted group of volunteers and MSW board members known as The Beer Cheese Festival Committee.

The Beer Cheese Trail was created in 2014 has had several hundred people complete the trail from 30 states and two countries.

In the past, locations have included The Cairn and The Engine House Pizza + Pub. This summer, Thirty-Nine Main will be added as the newest edition to the Cheese Log, along with the Beer Cheese Festival.