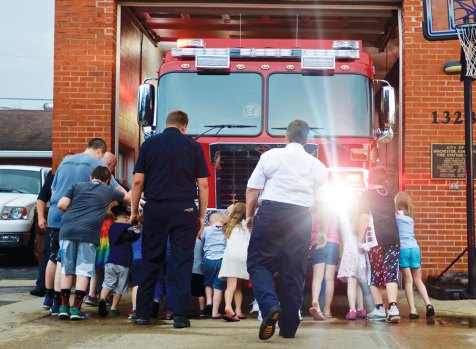 Children from the community work to push the Winchester Fire-EMS new truck into Station 2 as part of a centuries-old tradition. (Photo by Lashana Harney) 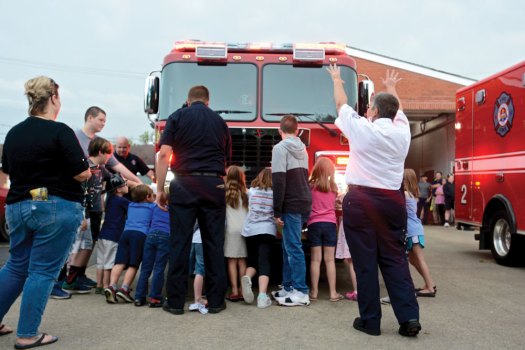 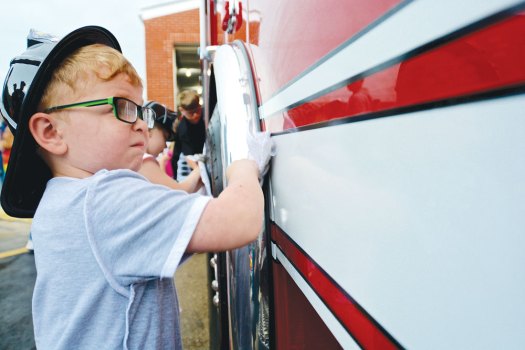 Paul Breeden wipes down the new firetruck at a push-in ceremony Monday. 9Photo by Lashana Harney)

Before the official push-in ceremony Monday, EMS personnel and firefighters had already gone on about four calls in their brand new truck, Rescue Company 2.

Winchester Fire-EMS Chief Cathy Rigney said Monday’s push-in ceremony is part of a centuries-old tradition where the community would help wash down the trucks (or wagons way back when) and push it back into the station, indicating it is ready for service.

A committee made up of EMS personnel and firefighters helped with the design of the new truck for about 18 months. The truck has a pump, water tank and hose for fighting fires, totaling about $620,000 to build.

The truck replaced a previous engine that was totaled after an accident in 2016.

After Rescue 2 came returned to the station from a canceled call, several children from the community came, donning black firefighter caps and worked to wipe down the truck and push it into Station 2 on Fulton Road.

“It is now ready for service,” Rigney said.