RDC girls hoops looking to improve their game in offseason 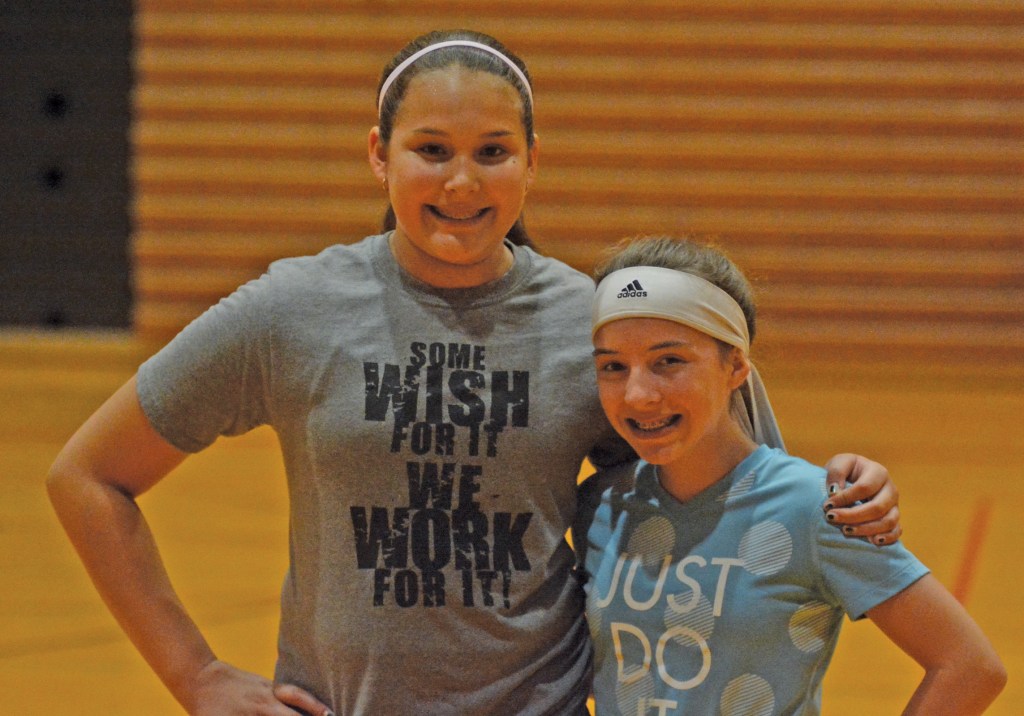 Robert D. Campbell girls basketball began summer workouts June 11 and is encouraging all students interested in playing to join the open gyms and improve their game.

Seventh grader Angelina Pelayo and eighth grader Jackie Smith said they have never been more excited for a season than this year’s.

Smith said she enjoys playing basketball because of the benefits the game has to offer.

“It helps keep me in shape and I just really love playing it,” she said. “You can get college scholarships and hopefully that is what I get one day.”

Smith said she does not take the time spent with teammates for granted.

“It is a lot of fun being around the team,” she said. “The road trips are most fun because we spend more time together. Being able to play the game with them makes it that much better.”

Pelayo said the friendships she has created with her teammates will be everlasting.

“We create bonds with each other whenever we are in the locker room, practice or before games,” she said. “We create friendships that go a long way.”

Smith said the “greatest of all time” is her biggest influence to stick with basketball.

“Michael Jordan,” she said. “He is, in my opinion, the greatest basketball player ever. There are not many people that live up to his standards. He motivates me because he always found a way to get the job done no matter the circumstances. I think it is hard to find another player like that.”

Pelayo said her father has always supported her to keep playing.

“My dad pushes me,” she said. “I really did not want to start playing basketball, but he wanted me to play. So I started to play and ended up really liking it.”

Smith said this summer has been the most important offseason for her so far.

“I have been feeling confident in myself a lot this year,” she said. “I want to get into better shape and play to the best of my abilities. I just really enjoy everything basketball offers.”

Pelayo said she is motivated to become a more solid player this year.

“I want to get more playing time this year,” she said. “I want to become a better all-around player so I like to come to open gyms  because they are not during the season so I feel like I have the opportunity to get better. You become a better player in the offseason, not during the season. This summer is important to me.” Open gym will continue from 3 p.m. to 5 p.m. on June 14.