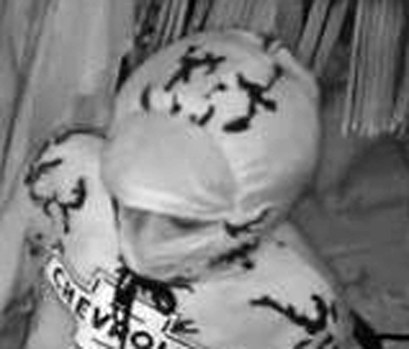 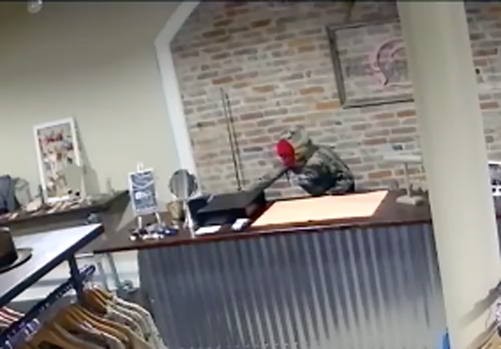 Winchester Police are asking for the public’s help identifying a suspect who may be involved in burglaries at two downtown businesses.

WPD shared surveillance footage Wednesday of a suspect who broke into The Prissy Peach clothing boutique on Main Street in the early morning hours Sunday.

WPD Capt. James Hall said the person broke through the back door of the store at around 12:30 a.m., took an unknown amount of cash and fled. The surveillance footage shows the person wearing black jogger-style pants, brown boots and a camouflage hoodie with a large Chevrolet logo across the chest. The suspect is also shown with a piece of red fabric covering most of their face.

Hall said WPD is also investigating a break-in at the Napa Auto Parts store located on Highland Street that was reported about 7 a.m. Tuesday. According to the police reports, the suspect broke through a window and took cash.

Detectives are working on cleaning up surveillance footage from that incident to release to the public.

Hall said the suspect in the Napa break-in was not wearing the same clothing as The Prissy Peach suspect, and no description of that suspect is available at this time, but detectives are treating the cases as if they are connected.

Anyone with information is asked to call the WPD Criminal Investigation Division at (859) 355-7458.