Nailed It or Failed It: Pork chops are super but slow 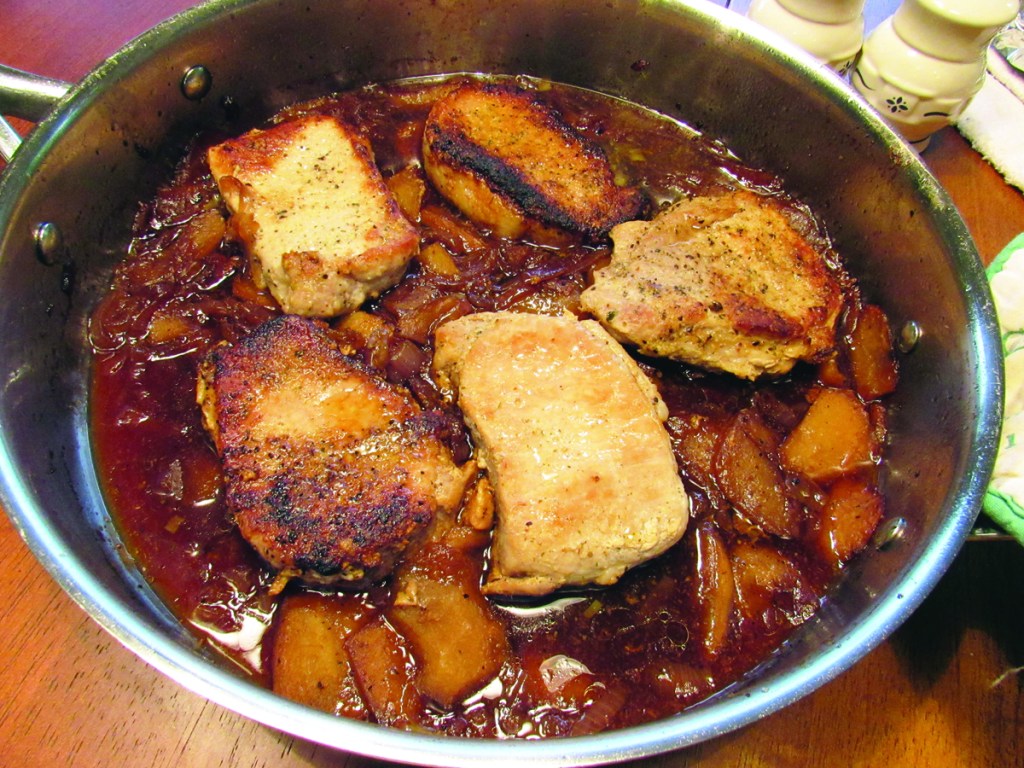 When I was staring into our freezer wondering what to prepare for supper the next night, I spotted some pork loin chops and decided that was as good as anything.

I sat the chops on the counter to begin thawing (they went into the refrigerator when we went to bed).

I then pulled out my stack of meat recipes I want to prepare some day and found today’s recipe. I’d ripped it from a Taste Of Home magazine.

The heading at the top of the page said “Quick and Easy Super Supper.”

Quick and easy is the name of the game when you work outside the home and want to have a home-cooked meal on the table at a decent time.

After reading the list of ingredients, I knew I would not need to make a mad dash to the grocery on my lunch hour the next day either.

When I got home from work, I removed the pork from the refrigerator. As usual, I had more meat than this recipe called for, so I doubled the other ingredients.

I peeled and sliced three small apples along with a medium-sized onion. I gathered the other ingredients, placed them by the stove and started heating up my large oven-proof skillet.

When the skillet was hot, I added the chops, which I’d seasoned, and let them brown on both sides. It was taking longer than I wanted for the chops to brown, so I turned the heat up a bit. Finally, when they were browned to my liking, I put them on a plate and covered them with the skillet’s lid to stay warm.

I slid the apple and onion into the skillet, letting them cook until they were tender then added the liquid ingredients.

It took little time for the mixture to boil, so I turned down the heat and let it simmer for the time called for.

The liquid had evaporated quite a bit, so I put the pork chops back into the pan. I put the lid on the skillet and placed everything into the oven to finish cooking.

When the pork had been in the oven the allotted time, Brad was already home and our side dishes were ready, too.

We sat down to eat, and after saying a prayer, filled our plates. Brad and I began cutting into the pork and we took bites about the same time.

“I think I cooked the meat too long,” I said. Brad agreed, remarking it was a little tough but had a great flavor.

I had to agree with that; I really like apple and onion with pork.

We finished eating, and while cleaning up afterward, I told Brad I thought the problem with the meat being a little tough was me being too impatient and turning the stove up when browning the pork chops.

Overall, this recipe is pretty simple and easy but I guess it wasn’t as quick as I wanted or hoped it to be.

I’ll say this recipe falls in the nailed it category, and next time, I’ll just have to slow down a bit.

Sprinkle chops with garlic salt and lemon-pepper. In a large ovenproof skillet, brown chops in oil. Remove and keep warm.

In the same skillet, saute apple and onion in drippings until tender. Stir in broth and syrup. Bring to a boil. Reduce heat; simmer, uncovered, for 5-7 minutes or until liquid is almost evaporated. Return chops to pan.