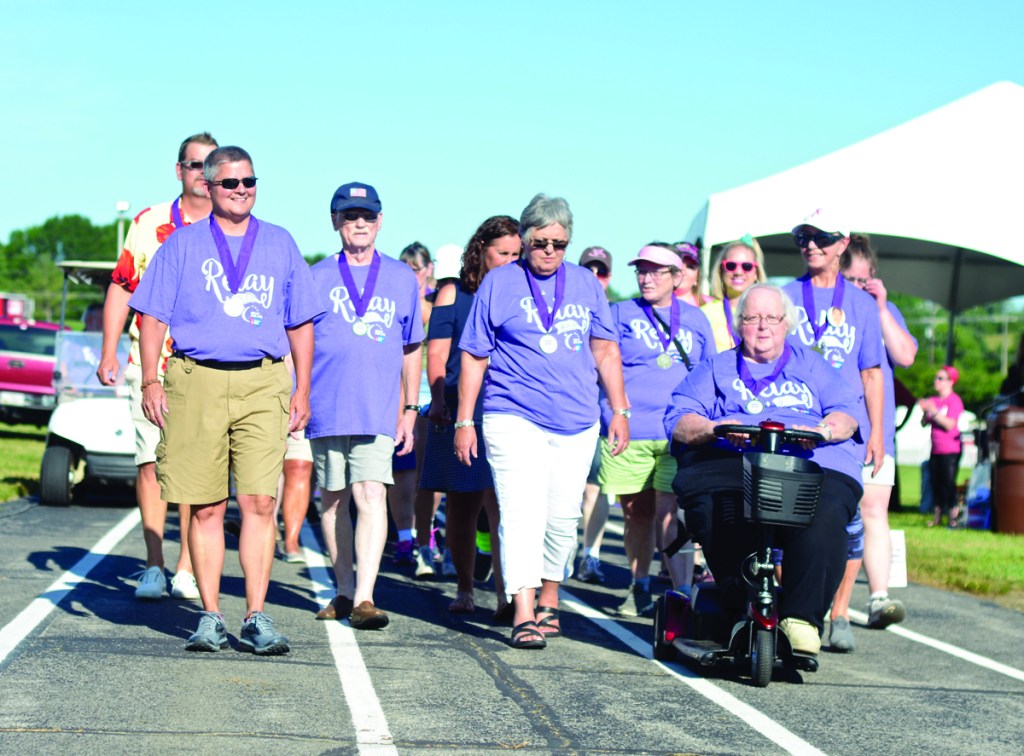 Six years ago, Dee Wooley was getting ready to go on a cruise.

Feeling abnormally fatigued, Wooley decided to see a doctor before leaving the country on her cruise.

She went in for a wellbeing checkup, and came out with a  breast cancer diagnosis.

“The doctor said, ‘Go and take your cruise. Go and enjoy it,’” Wooley said. “So it was a birthday cruise for a group that was with us; so we deemed the cruise at that point a ‘Bon voyage boobie cruise’ because when I came back, I was having a double mastectomy.”

Wooley thanked the American Cancer Society for their research and events like Relay for Life that helped raise the money that allowed her to get the medication she needed. She also thanked her partner and the Pink Ribbon Partners that helped her through treatment.

Wooley was one of many survivors celebrated at the 22nd annual Relay for Life. Friday.

The event kicked off with an opening ceremony which included the National Anthem, Wooley’s testimony and the survivors receiving medals before taking the first lap around the Robert D. Campbell Junior High School track.

The event ran from 6 p.m. to midnight with several activities running throughout the night.

The event’s goal is to raise $60,000 to fund research, programs and services through the American Cancer Society.

Nearly $40,000 has been raised so far by numerous volunteers and teams throughout the community and a total count will be available in the days following as more money was raised during the event.

Each year also has a theme attached to the event. This year’s theme was decades.

Teams went all out, some dressed to disco. Others donned classic 1920s flapper dresses, 70s tie-dye T-shirts, bright colors reminscent of the 80s and more.

Throughout the night teams danced, walked to win cake, bested each other at trivia, scavenged for treasure and more.

At 10 p.m., team members participated in the luminaria service which is a time for people to recognize those who have been affected by cancer in their lives by purchasing a luminaria in honor or in memory of those who have battled cancer.

Each team was asked to have a member on the track at all times to signify “cancer never sleeps.” according to the American Cancer Society.