Hernandez looks to have strong comeback season after injury 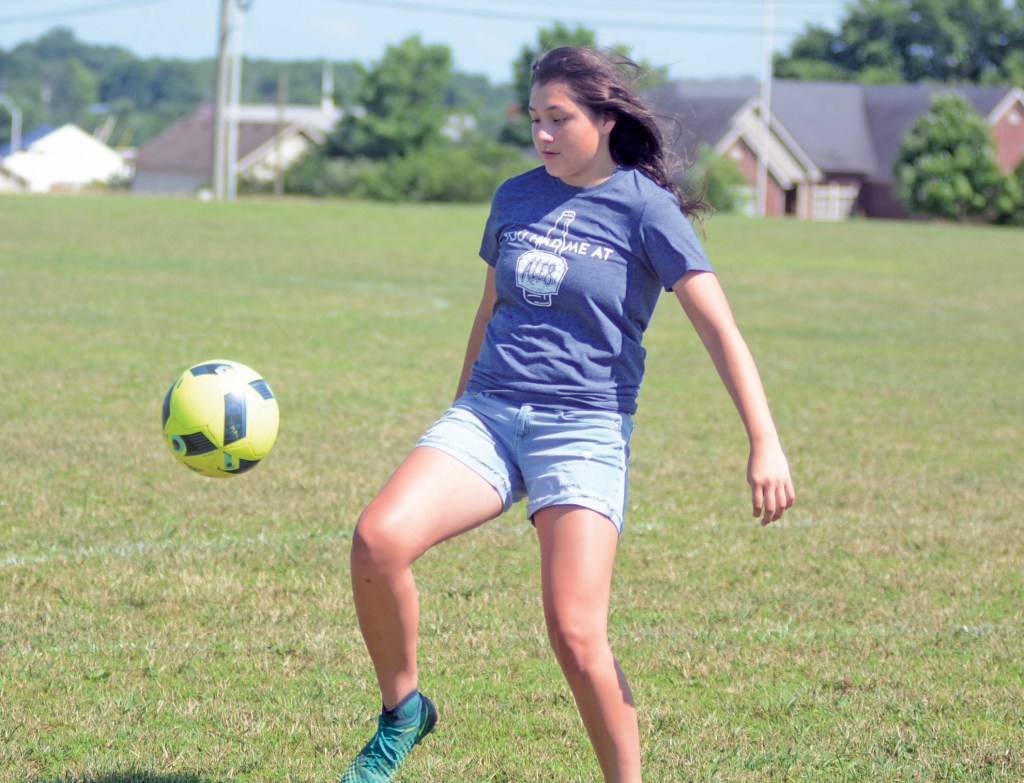 Sophomore midfielder Leslie Hernandez suffered an injury in the region tournament last season as a freshman and is expected to return to have a huge impact coming season.

GRC managed to still win the 10th Region Championship but lost to West Jessamine in the first round of the State Tournament.

Hernandez said she is more determined than ever to complete her unfinished chapter this season.

Despite the region victory, Hernandez felt the injury set her back and let the team down.

“There for awhile injuries were really hurting us,” she said. “There was one before me which actually caused me to start. After I got hurt, another teammate got the starting position who had never started before. We all had to adjust and it just became difficult to get used to.”

“Whenever it happened it just made me want to come back stronger,” she said. “I know I need to go hard, but at the same time I do not want something like this to happen again.”

Hernandez hopes to blend right in again upon return and wants to be a key component to her team’s success.

“I just do not want to come back and disappoint everyone,” she said. “I just want to to be reliable on the field again and have my teammates know they can trust me.”

Hernandez is confident her team can pick up where they left off last season and make a deeper run in the state tournament.

“We still have a few returning players that were really good, but we are also losing a few,” she said. “I think we can even out and be just as good, if not better, than last year. I know we can get it done.”

Hernandez said her dad has been her biggest motivator when it comes to playing soccer.

“He always pushes me as hard as I can go,” she said. “He has always enjoyed watching me get better and he wants me to be the best I can be.”

Hernandez said she admires the bonds she makes with her teammates on and off the field.

“The friends I have made and will continue to make are really important to me,” she said. “They are not just my teammates, but they are also my family. Sometimes it is deeper than playing soccer.”

There are many aspects the game of soccer has taught her that she said will be carried with her for the rest of her journey.

“There are all kinds of things,” she said. “Hardwork, dedication, motivation, trust and friendship. You cannot go very far in life without those kinds of things.”

Hernandez said it was a big adjustment from playing eighth grade and then jumping right into varsity as a freshman.

“The game is so much different,” she said. “The JV games mattered but we never made it to district or anything. The varsity games all mattered and you always had to work your hardest or else you would be sitting on the bench. There was a lot of competition for playing time.”

Winning the State Championship is what Hernandez has her eyes set on as her high school career progresses and she understands the mentality it takes to achieve it.

Hernandez said her injury has been a curse, but yet a blessing because she was taught a lesson that she will be able to cherish.

“I have learned to not take anything for granted,” she said. “You have it one minute and then the next it is gone. Once something gets taken away from you then you do not have that option anymore.”

Hernandez is expected to be cleared to play in July or August.