Murder suspect Lonnie Martin was supposed to start his trial today for the death of a Winchester woman in 2013.

Martin, 44, of Stanton, is charged with stabbing Winchester resident Kyla Kline to death five years ago and burying her body on a Montgomery County farm. The autopsy determined she was stabbed four times.

The trial was to begin today in Rowan Circuit Court in Morehead, where the trial was moved because of pre-trial publicity in Montgomery County.

The delay in Martin’s case could also affect his pending murder case in Clark County as well. Prosecutors are waiting for the Montgomery County case to be resolved before moving ahead with the Clark County case, in which he is charged with killing his cousin J.B. Martin in 1995.

Martin’s Montgomery County case has been continued a number of times for multiple reasons including waiting for evidence to be tested, the lead prosecutor resigning her job and Martin’s own attorney retiring.

Kline was last seen by her family on July 3, 2013, who reported her missing a couple days later. Investigators found surveillance video of Kline getting into Martin’s van in Winchester on July 3. Detectives said they used GPS coordinates Kline’s cell phone to determine the farm as one of the places her phone was used.

An initial search of the property by detectives and deputies from Montgomery County found nothing. A second search on July 28, 2013, with cadaver K-9 units found Kline’s body buried under a pile of brush and logs on the property. 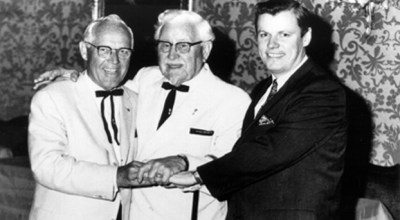