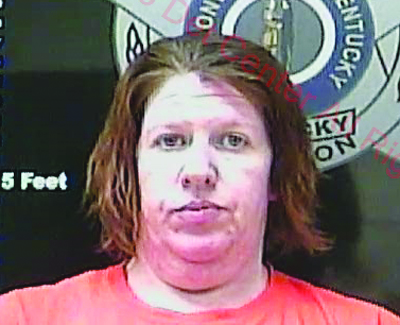 A Johnson County woman charged with leading deputies on a high-speed pursuit through three counties in April made her first court appearance Monday in the case.

Leigh A. Owens, 48, of Boons Camp, was charged with first-degree fleeing or evading police and first-degree wanton endangerment for the April 28 incident. Court officials said she was serving a sentence in Johnson County and was transferred to the Clark County Detention Center Saturday.

Clark District Judge Charles Hardin entered an automatic not-guilty plea, as Owens is facing felony charges, and scheduled a preliminary hearing for June 27. She is being held on a $10,000 cash bond.

According to the arrest warrant, Clark County Sheriff’s deputies were on patrol the night of April 28 and noticed a vehicle with a missing brake light. The vehicle was registered to Owens, and deputies identified Owens as the driver.

Deputies attempted to stop the vehicle near Rockwell and Vanmeter roads, but it continued for a half-mile before accelerating to speeds between 80 and 100 mph. Deputies pursued the vehicle into Fayette County and f Bourbon County before terminating the pursuit for safety reasons.

Owens was arrested in May in Paintsville, according to court records.