Prisoner runs away from work crew 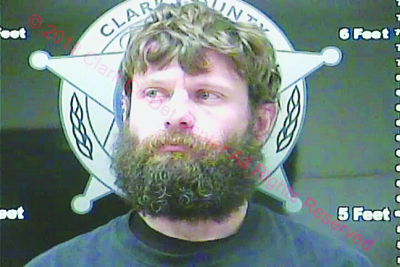 Officials from several agencies are searching for a state prisoner who walked away from a jail work crew Tuesday morning near Lisle Lane.

The prisoner, 33-year-old Curtis Dale Reece, was serving a state sentence for theft by unlawful taking from Montgomery County, according to the Clark County Detention Center’s website.

Clark County Jailer Frank Doyle said Reece was on a crew with three other prisoners and a deputy jailer when he walked off around 9:30 a.m. Tuesday. Doyle said the group was working near Boonesboro Road and Lisle Lane when the incident occurred.

Doyle said Reece has connections to Cole Road and Spencer Road in Clark County, as well as Montgomery County.

“We have people in all three locations,” Doyle said. “We’ve got plenty of people down there looking for him.”

Clark County Sheriff Berl Perdue Jr. said Tuesday afternoon several of his deputies assisted with the search, but Reece had not been located by mid-afternoon.

Doyle said his deputy jailer stayed with the other prisoners on the work crew while reporting the incident and requesting help.

Reece is not believed to be violent, he said.

“You don’t like for these things to happen,” Doyle said. “Hopefully we’ll be able to get this guy back in custody without issues.”