The man who walked away from a jail work crew Tuesday was recaptured early Thursday morning, along with his girlfriend.

Reece was already serving a state sentence for felony theft by unlawful taking from Montgomery County. State officials approved him to be on work crews outside the facility, Doyle said. Reece was working with a crew of three other prisoners and a deputy jailer Tuesday morning when he walked away near Boonesboro Road and Lisle Lane.

“I think he and his

girlfriend had lost contact and he was trying to find her,” Doyle said Thursday.

Both were arrested without incident in Clay City in Stanton, Clay City and Kentucky State Police.

During the investigation, Doyle said they obtained a warrant to track Burton’s cell phone signal which led to the arrests.

“We’re glad to have him back,” Doyle said. 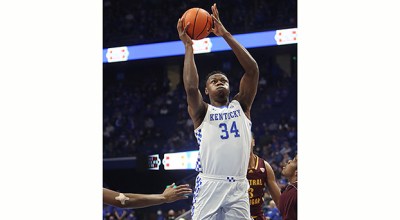