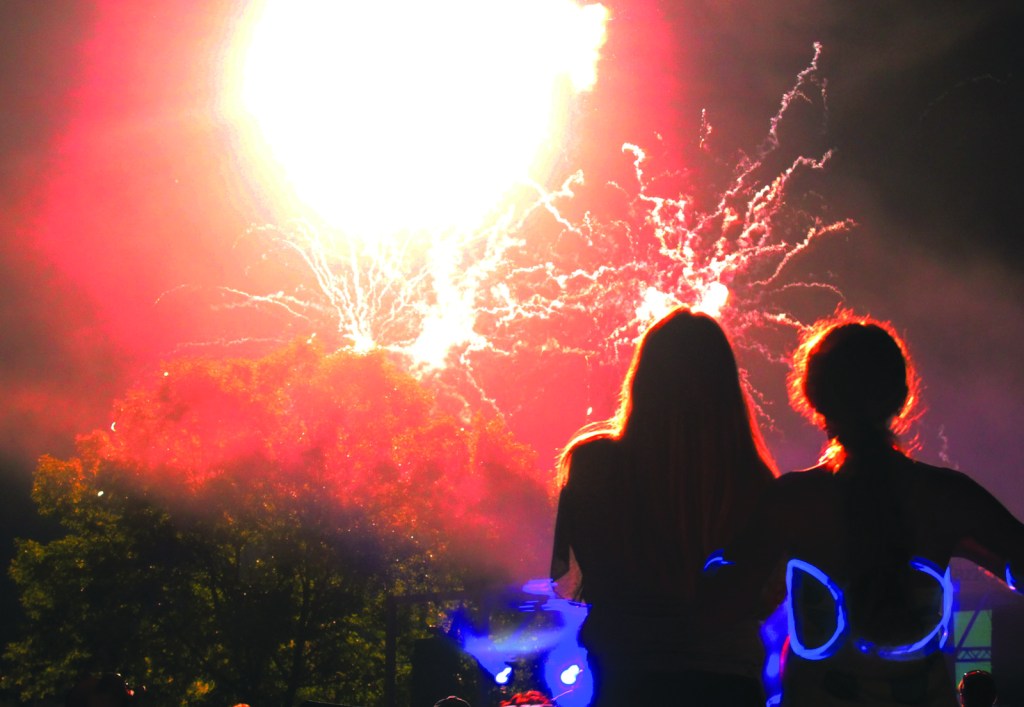 Fireworks explode over Lykins Park during the 2017 Fourth of July celebration. Organizers are planning a similar event this year, with fireworks on July 4 at Lykins Park. (Sun file photo by Whitney Leggett)

Food, music and, of course, fireworks will be part of Winchester’s Fourth of July celebration this year.

Winchester Mayor Ed Burtner said this year’s event is patterned after last year’s, and there will be several other community events leading up to the Fourth of July firework finale.

Burtner said a committee has been working for about six months to organize the event.

Gates will open at 7 p.m. and the firework show will begin at dark Wednesday, July 4, at Lykins Park. There will be food available at the park, and people are welcome to bring their own. The event is free.

There will also be a DJ on site this year, he said.

This year is the event’s second consecutive year since a brief hiatus in 2016. The former “Freedom Fest” which included live music along with fireworks, and was organized by several local churches, came to an end after fundraising became a challenge.

Burtner and a committee decided to put on a Fourth of July celebration in 2017.

Burtner said the fireworks funding is equally paid for by the City Commission and Clark County Fiscal Court.

Daniel Konstantopoulos, who is a licensed pyrotechnician, and his crew will be in charge of discharging the fireworks, Burtner said.

“This is something the public enjoys and wants,” Burtner said. “And I think celebrating the Fourth of July is an important community endeavor.”