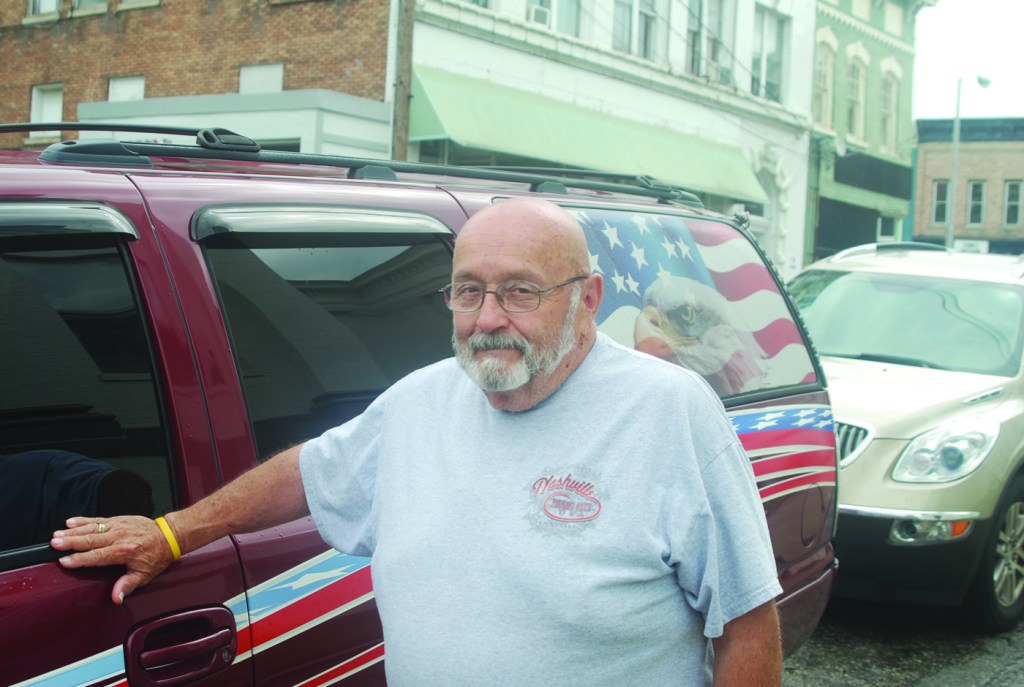 John Babcock volunteers with a number of veteran-related groups, including the Patriot Guard. Babcock, a veteran himself, often drives a support vehicle on Patriot Guard missions. (Photo by Fred Petke)

John Babcock has been in and around the military since he was born.

A self-described “Navy brat,” his childhood was spent around the northeast. Once he graduated from high school, he spent about five years in the U.S. Army serving overseas before his discharge in 1968.

Now the Winchester resident and his wife Kathy spend much of their time working with groups that serve veterans, including the Patriot Guard Riders.

The group, which operates across the country, started in 2005 as other groups began protesting veterans’ funerals.

Though many of the Patriot Guard are veterans and ride motorcycles,

neither is required for membership, Babcock said.

“I just wanted to do something to honor veterans for their service,” he said. “I’ve been trying for a number of years to do things to honor veterans. One thing led to another and another, and it’s been cool.”

Babcock said he’s participated in about 100 “missions” for veterans’ funerals throughout Kentucky since he joined the guard about five years ago. During the funeral service, Babcock and the other riders will give a final salute for the veteran, he said. They also place American flags around and inside the funeral home.

Though he hasn’t had a motorcycle since he was a young man, he drives his GMC Yukon Denali to accompany the hearse in the funeral procession to the veteran’s final resting place, he said.

“We’re known in the Patriot Guard as a cage,” he said. “We’re a support vehicle. We are so blessed to be able to support” veterans.

Babcock also volunteers with several other veterans groups including Honor Flight, which takes veterans on a one-day trip to Washington, D.C. to see the service and war memorials, Mission Restore Bronze which restores veterans’ bronze grave markers and head stones, and USA Cares, which supports veterans in a variety of ways, he said.

“It’s really, really a blessing to be involved with that,” he said.

He is also an honorary member of Rolling Thunder, which is involved in issues for prisoners of war and missing-in-action soldiers.

“”We’re excited about President Trump meeting with North Korea because we’ll get some of our veterans back,” he said. “Once we find out they are being returned, Patriot Guard Steps up and it becomes an honor mission.”

Babcock also works with several projects at Grace Bible Church, but the veterans causes are near and dear.

“(It’s) the respect and love for the veterans,” he said. “We’re just a little grain of sand involved in this.”