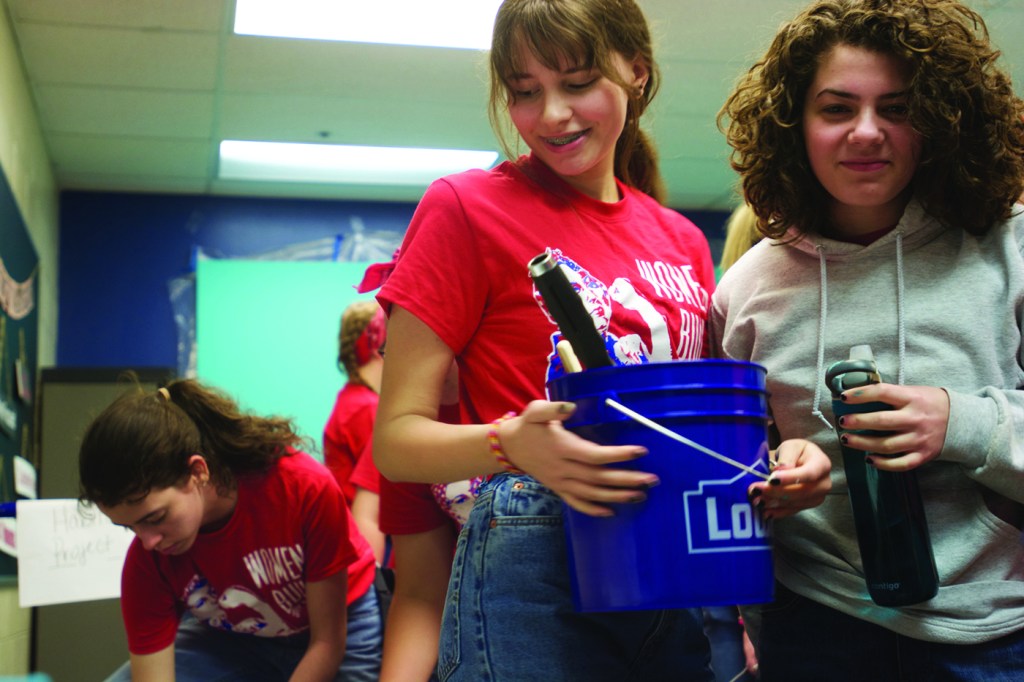 Women with Habitat for Humanity’s Women Build project pick up their buckets during a work day earlier this year for the new Habitat for Humanity ReStore in Winchester. The store opens at 11 a.m. Saturday and will feature food and a car giveaway. (Sun file photo by Lashana Harney)

Beginning Saturday, there will be a new home improvement store in Winchester.

The difference is the proceeds from this store actually help build homes for others in Clark and Madison counties.

Habitat for Humanity of Clark and Madison Counties is opening its latest ReStore in the Colby Station Shopping Center, 1946 Bypass Road. Festivities are scheduled to run from 11 a.m. until 4 p.m., including free food. Habitat is also giving away a car, which is sponsored by Town and Country Auto.

The Winchester ReStore will be the seventh in Kentucky, including Lexington, Richmond, Georgetown and Louisville, and one of about 900 nationwide, according to Habitat.

Habitat’s ReStores accept gently used or new furniture, building supplies, appliances and home accessories and then resell them to the public. The proceeds are then used to help fund Habitat homes in the two counties, Richmond ReStore director Michael Richardson said previously.

According to the local chapter, Habitat has build more than 100 homes in Clark and Madison counties and rehabilitated others. The group plans to build or rehabilitate three to five homes a year.