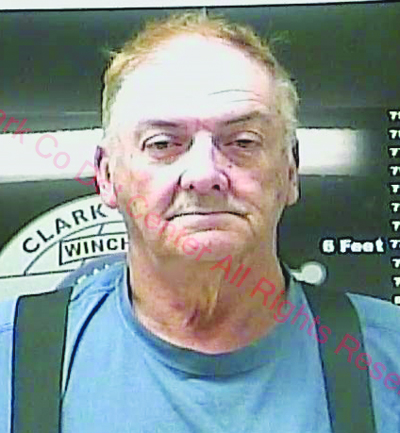 A convicted sex offender was arrested Tuesday after being indicted for allegedly trying to use a minor in a sexual performance.

Charles Tackett, 70, of 31 E. Washington St., was indicted by the Clark County grand jury in June for two counts of attempted use of a minor in a sexual performance and one count of first-degree persistent felony offender.

The warrant was executed Wednesday and Tackett was lodged in the Clark County Detention Center. He is scheduled to be       arraigned July 12 in Clark Circuit Court.

According to the indictment, Tackett allegedly tried twice this spring to “induce a minor younger than 16” to engage in a performance. No specific dates were listed in the indictment.

Tackett was also charged with being a persistent felony offender with a 2013 conviction for possession of matter portraying asexual performance by a minor, a 2002 conviction for third-degree sodomy and a 1995 conviction for first-degree criminal mischief. All three prior convictions occurred in Fayette County.

Attempted use of a minor in a sexual performance carries a sentence of five to 10 years upon conviction. If convicted of being a persistent felony offender, it would increase the sentence range to 10 to 20 years.