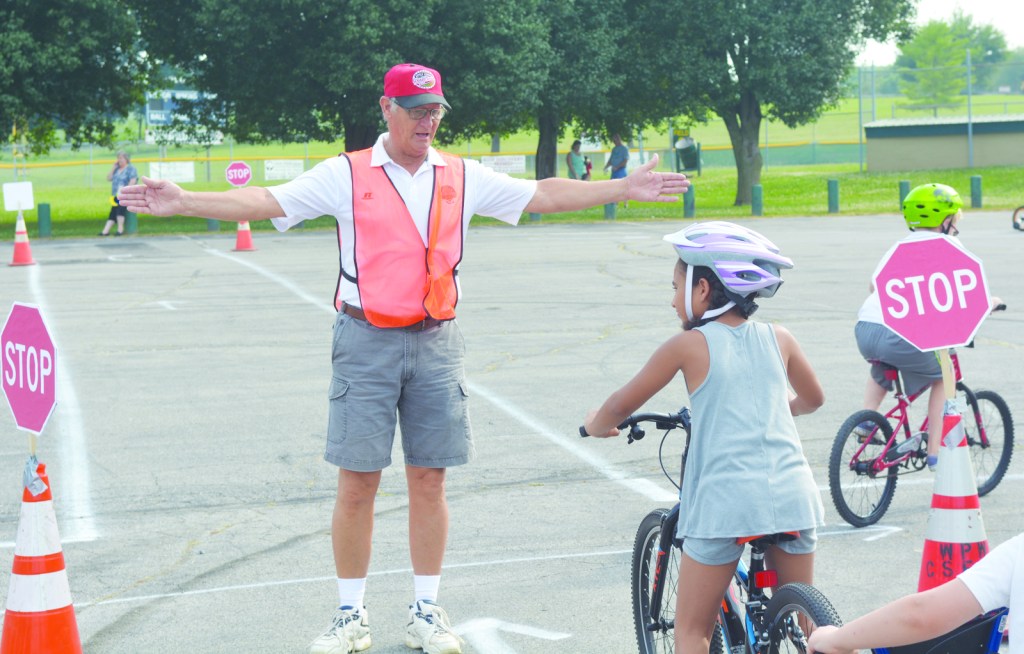 Clark County children can learn about bicycle safety while practicing their riding skills later this month at Lykins Park.

A few will ride away on a new bicycle.

For the sixth year, Winchester-Clark County Parks and Recreation is organizing a bicycle rodeo for children ages 3-15 in the Lykins Park parking lot at 9 a.m. Saturday, July 21.

Parks and Rec Director of Programming Deborah Jackson said the free event touches on a number of skills for young bike riders.

“It’s all bicycle safety. It’s all hands-on,” she said.

Children can bring their own bicycles and helmets to ride, though there will be loaners available, she said.

All bicycles and riders get a safety inspection before heading out to a pair of courses. Last year, there was a street course marked on the parking lot, complete with street sings, intersections and stops with volunteers to help keep things moving along. There was also an obstacle course for riders to challenge and test their skills, including teeter-totters and balance beams.

This year will include those as well.

“They teach kids how to stop their bikes, how to merge into traffic” and the necessary hand signals, Jackson said.

The event ends with a raffle for bicycles and popsicles, she said.

“Last year we gave away 24 bicycles,” she said.

Everyone who pre-registers will receive a T-shirt as well, she said. To pre-register, contact Winchester-Clark County Parks and Recreation at 744-9554.