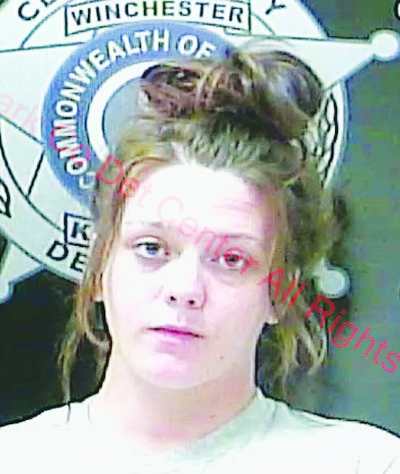 A Winchester woman is facing charges that she and another woman got a 17-year-old girl drunk and shared a video of the three in a sexual act.

Police are looking for a second woman who was also indicted in connection with the incident, Winchester Police Capt. James Hall said.

The victim spoke with the police in May after one of the women contacted her and said she had video of the juvenile performing a sexual act with them, Hall said. The juvenile did not remember the incident because she was so intoxicated after the two women allegedly gave her alcohol.

The three were acquainted previously and the alleged incident happened in a residence in the Quick Shop trailer park earlier this spring.

According to the indictment, Brock allegedly promoted the video on May 5 and possessed it on May 9, which led to two of the three charges in the indictment.

Brock, who is being held in the Clark County Detention Center on a $10,000 cash bond, is scheduled to be arraigned Aug. 9 in Clark Circuit Court.