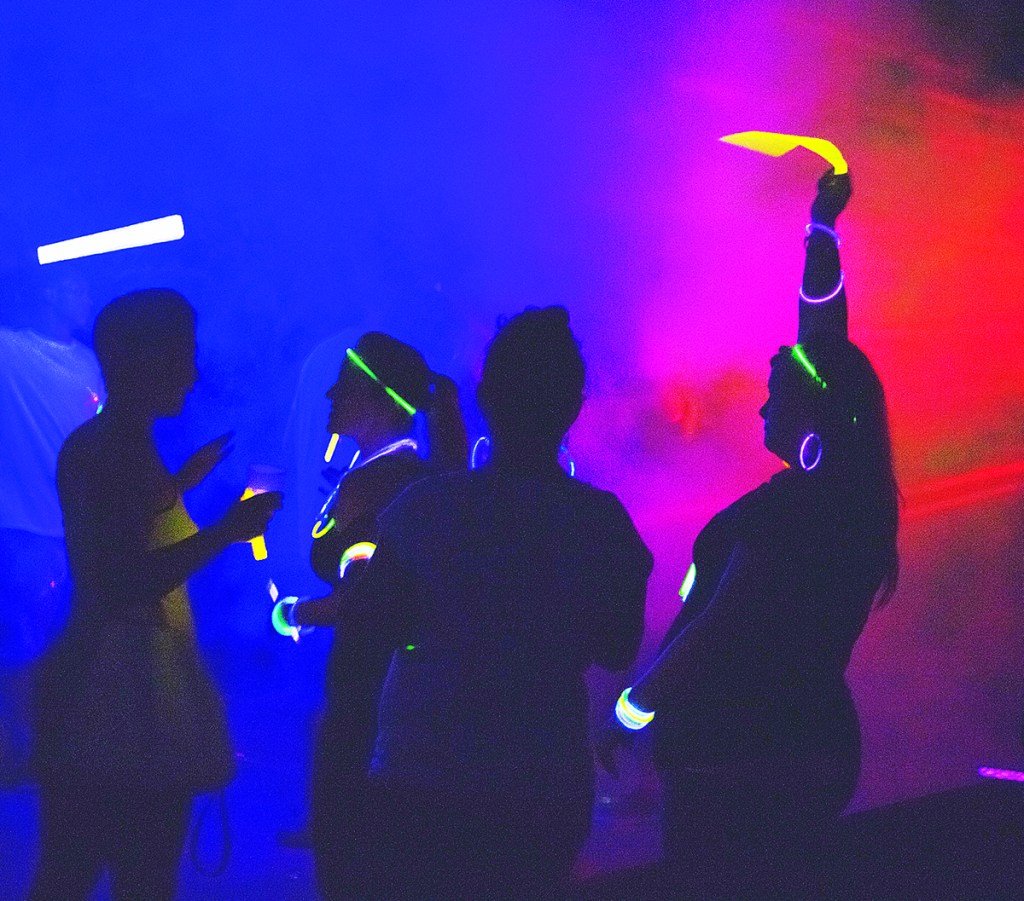 Lykins Park will be lit Saturday night — glow sticks will adorn trees, people will be decked out in glow paint and glow balls will fly through the air as music echoes throughout the park in front of the flashing LED stage backdrop.

The second annual Glow Festival will begin Saturday at 8 p.m. and will run until 1 a.m. Sunday at Lykins Park.

5Star Advertisement started the festival last year as a way to provide an event for a different audience that isn’t usually thought of in the area, 5Star President Seneca Anderson said.

“We want to bring sort of the hip-hop atmosphere for kids that love different genres,” Anderson said.

“We want to give our artists a chance to shine in their own town,” Anderson said.

About 100 people showed out for last year’s trial-run, but this year Anderson said he expects twice the crowd size. The concert is open to people ages 14 and older. An adult must accompany anyone under 16.

There will be food vendors on site as well as a vendor doing face and body glow paints. LED merchandise will also be for sale.

Anderson said everyone is welcome to come out and have a good time, and if anything, he hopes this event will unify the community — highlighting and honoring Clark County’s diversity.

“Hip-hop is real big right now, pretty much took over the world,” Anderson said. “It’s in every city or county, every country, and I feel like it’s time to do something different.”

Tickets cost $20 in advance, though there is a promo code for a $5 discount available on 5Star’s website as well as a discount for some purchases on Groupon. People can also purchase tickets on Eventbrite. Tickets will be $25 at the door.

Proceeds will be used to pay for the artists and costs of the festival, and 5Star will donate the remaining money to the Clark County Homeless Coalition.

In the future, Anderson said he hopes to see the Glow Festival continue to grow, getting bigger and better each year — possibly extending it to multiple days. Eventually, he hopes to add more food vendors, serve alcohol and bring more tourism to Clark County.

“I want to involve everybody in Winchester, so we can have our big thing here,” Anderson said.