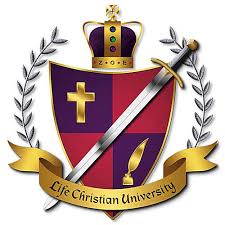 For Clark Countians looking to pursue a degree in theology, debt-free, close-to-home options can be hard to come by, but not anymore.

LCU is a private university based in Lutz, Florida, a suburb of Tampa. Douglas Wingate founded the university in 1995, and since then, the university has planted satellite campuses all over the world. LCU is accredited through Accrediting Commission International, an independent, non-governmental, nonprofit and church educational organization.

“The whole point of LCU is to provide a debt-free option for people who are wanting to go into the ministry,” Pope said. “So often you have people who go off to Bible college with the intention of becoming a missionary or something like that, and they end up with all the student debt. And they don’t end up ever being able to pursue their ministry dreams because of all the debt incurred from getting their degree.”

Pope said while serving in ministry is a rewarding career, it doesn’t always pay much.

In LCU-Winchester’s first year, there were about 20 students who met every week. Nine students graduated with degrees — two associates, five bachelors and two masters.

“I feel like for our first year, that’s a good start,” Pope said.

LCU-Winchester offers classes from 6 to 9 p.m. every Monday at the BCTC, located at 2020 Rolling Hills Lane.

The 2018-19 school year will begin Aug. 6. Each class runs for about four weeks, and tuition is due before the start of the course. The first class, “Principles of Faith,” is free.

By the end of the year, students could have taken nine classes — totaling 30 credit hours — and still be debt-free.

Tuition is about $130 monthly, but there are discounts for families and senior pastors. To enroll, students must have a high school diploma or GED and must fill out an application and pay an application fee.

LCU-Winchester is hosting an informational meeting and orientation at 6:30 p.m. Monday at the BCTC Winchester-Clark County campus.

LCU also offers classes and degree programs online. Pope said the programs are mostly theology-based — offering courses on the Bible, Bible history, divine healing and the like — but there are also classes on finance and other topics.

Pope said people with a degree in theology often pursue pastoral work, Christian counseling, worship leading, missionary work, or can works as a theology scholar, church historian and more. The possibilities are endless, she said.

Many of LCU-Winchester’s students plan to be or are currently involved with a ministry; others work in rehabilitation centers, safe house programs and more.

Pope said one of the benefits of having LCU-Winchester is the current lack of seminary or Bible colleges near Clark County.

Pope said she attended Bible college in Missouri for three and a half years, but she completed her master’s at LCU and is now pursuing her doctorate with LCU as well.

“Having LCU local allows our students not to have to leave home, leave their churches, leave their families or leave their jobs to pursue their degree,” Pope said. “You can go here in town, and you don’t have to drop everything to get your degree.”

Pope said she hopes people receive their degrees locally and build their careers in the area, too.

“It’s a nice impact on the community to be able to keep people here and not ship people out of Winchester,” she said.

“We feel that if the Christians of Winchester have a strong foundation in the Word of God, that as a city, we’re only going to prosper from that,” Pope said. “It’s going to benefit us as a city, but we just want to see people grow in their knowledge of the word and earn their degree here in town without having to leave and without earning all the debt.”

Pope said she hopes LCU-Winchester continues to grow, perhaps, to the point of offering classes multiple nights of the week or to the point of opening more satellite campuses in surrounding counties.