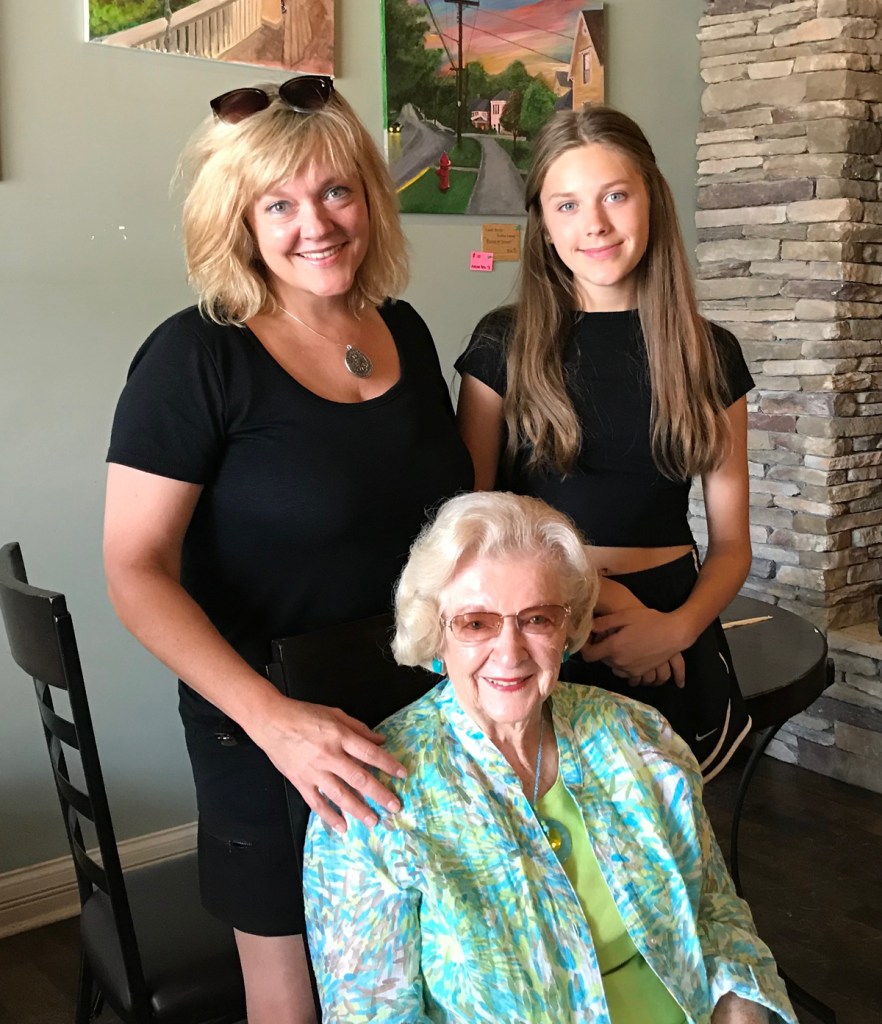 Helen Hensley hadn’t been in Winchester for a decade, since a Winchester High School reunion.

She was born here and, other than following her father Dr. Gaylord Clark around military posts during World War II, was raised here.

After getting married, life took Hensley to Virginia in 1954.

This week, she was back in Winchester with her daughter and two granddaughters, who live in Ireland, so they could see where she grew up.

“I’m so proud of Winchester, Hensley, now 89 and living in Martinsville, Virginia, said. “It’s a delightful downtown. A lot has changed in 10 years.

“What sticks out most is what hasn’t changed, like the courthouse, the McEldowney Building (where her father’s office was located).”

Growth and expansion have brought the most visible changes.

“The biggest change is the suburbs,” Hensley said. “We lived on Colby Road and it was a country road.”

During their couple days in town, they visited with friends Vic and Mary Bloomfield, toured the Ale-8-One factory and went to the Winchester Cemetery. Every place brought back memories.

“(Bloomfield and Sons) was a store that had everything,” Helen said. “That store, you could go in and see things you want. They were just so courteous. That was the gathering place back then.”

Buddy Rogers, part of the family that created and ran Ale-8-One, lived next door to Helen’s parents.

There were memories of Main Street being closed when it snowed so the children could sled safely. Halloween trick-or-treating was still downtown, and Main Street was closed off again, she said.

Helen remembered sitting on the steps on the high side of Main Street to listen to concerts or public speeches in front of the courthouse.

“I am so thrilled to be back,” Helen said. “We had great memories and talked all the time about Winchester.”