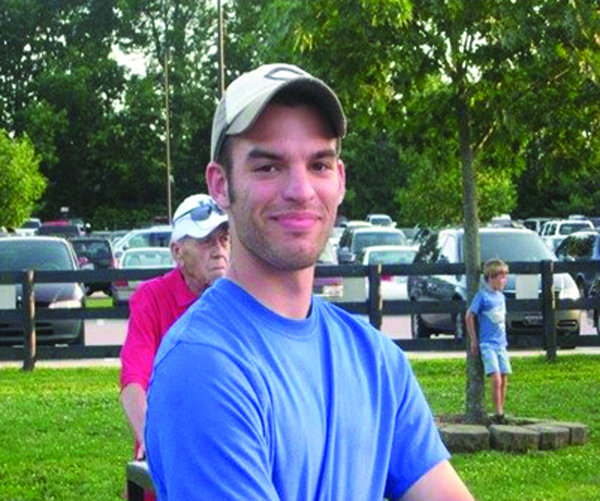 For more than a month, Cheryl Lewis has wondered what happened to her son Dwayne.

Dwayne Lewis, 27, of Lexington, has been out of contact with his family and friends since about the second week of June, she said.

“He told me he was working a temp job in Winchester and was looking for an apartment there,” Cheryl Lewis said. He told one of his brothers he found an apartment, but that was the last anyone heard from him.

“I texted him several times and got no response,” she said. “We all realized we hadn’t heard from him and that’s unusual.”

Normally, they wouldn’t go more than a couple days without communicating, she said.

While they were searching for answers, Cheryl said Dwayne’s father had his cell phone pinged, which placed it in Pigeon Forge, Tennessee, she said. There’s also been no data use on his cell phone account, which is also highly unusual, she said.

“He reads a lot and is constantly on the internet,” she said. “Having no data usage is big.”

She said Dwayne likes to take occasional road trips, but knew he did not have enough money for a weeks-long trip.

She said the family went to Gatlinburg and Pigeon Forge last weekend, posting flyers and looking for clues. Flyers have also bee posted on social media and they filed a missing person report with Lexington Police, she said.

“I believe Facebook is the way we’ll find him,” she said.

So far, there’s been no new information or clues.

Dwayne is a 27-year-old male, 5-foot-10 with brown hair and eyes. He was driving a green 1999 Volkswagen Passat with Kentucky license place 234-WGC. Anyone with information about his whereabouts can call the Lexington Police Department at 258-3600.