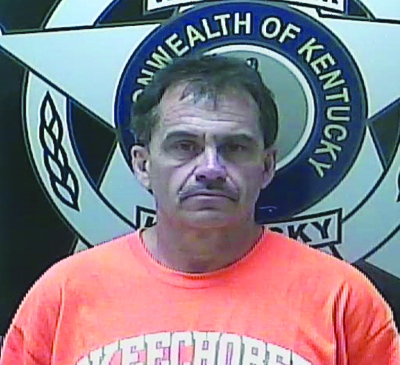 A Clark County man convicted of torturing, raping and kidnapping a woman will wait another month before he can be sentenced.

Jeffrey Rowland, 51, of 460 Lisletown Lane, was found guilty of first-degree rape and kidnapping after a two-day trial in Clark Circuit Court in May. Rowland was scheduled to be sentenced Tuesday to 20 years, 10 for each count running consecutively, but a required sex offender evaluation had not been completed.

His sentencing was rescheduled for Aug. 16.

Clark Circuit Judge Jean Chenault Logue said previously Rowland would have to serve 85 percent of the rape sentence as a violent offender.

Rowland was arrested in Lexington Aug 4, 2016, after the female victim escaped and was able to call for help. She told Kentucky State Police detectives Rowland tied her to a bed, raped her, cut her clothes off and waterboarded her.

Prosecutors said it happened because Rowland was jealous and believed the woman was cheating on him.

The woman said Rowland took her and her son from Clark County to Lexington, but stopped at the Love’s truck stop near Interstate 75 in Madison County. The woman spoke with an employee there, who called the police.

Police found the woman outside the Kentucky Horse Park and arrested Rowland.