Brendan Peters is excited to kick off the season 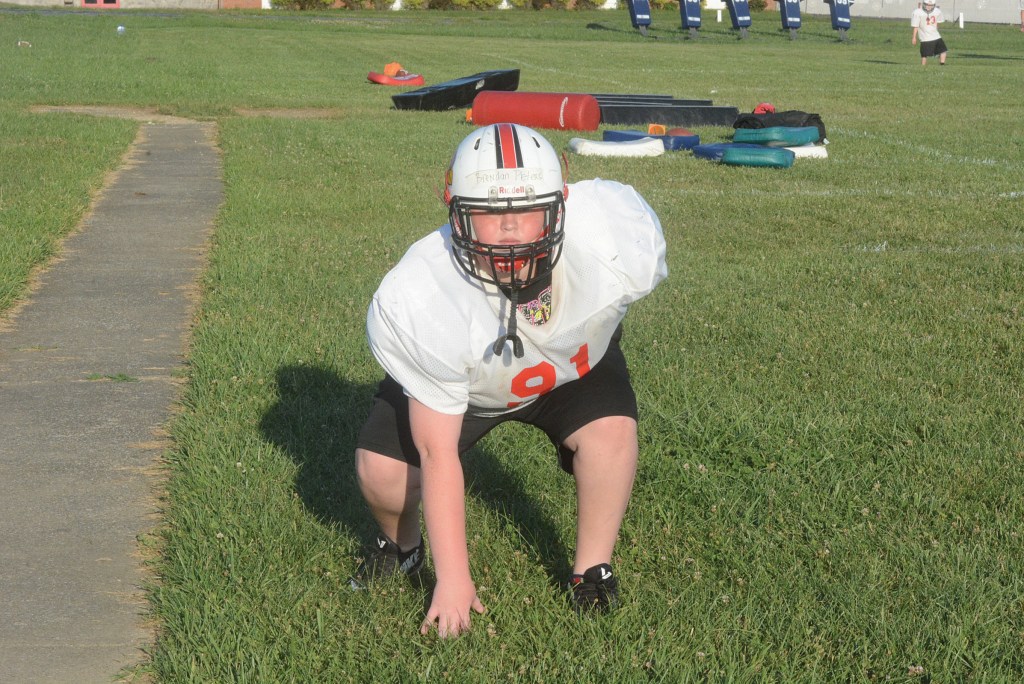 Brendan Peters has set high standards for himself to become a better football player and help his team win. (Photo by Micah Satterly)

Campbell Jr. High center Brendan Peters is more than ready to start the 2018 football season. The lineman said he is always looking for new strategies to improve and become the best player and person he can be.

Peters said he has always stuck to football because he likes the aggressive nature of the game.

“I really like the hitting” he said. “I do not want to be weak. If someone steps up to me I am going to step at them back. I am not going to step down and be a coward. I want to learn how to hit and I really love the sport. I have been watching football since I was little.”

Peters said himself and his mom are the two reasons why he has stuck to football.

“My mom pushes me and always encourages me,” he said. “I have to motivate myself sometimes because it gets hot out here but I love the game. I know it is good for me and it will pay off.”

Peters said there are a couple aspects of the game that he wants to work on.

“I want to work on long-snapping and being a better center,” he said. “I am going to practice to make sure I get it done.”

Peters said he is going to use this season as a stepping stone to improve his game.

“I want to focus on helping my team win as well as becoming a better player,” he said. “Each season goes by faster and faster so it will be here and gone before you know it. So I have to take advantage of the time I have now to learn before it is too late.”

Peters said he has high standards for himself as his football career moves forward.

“When I get through high school, I hope I can go to college and earn a scholarship. I love this game and I want it to keep being a big part of my life for as long as I can.”

RDC will get the season started on August 1 as they will have an away game against Louisville Highlands.