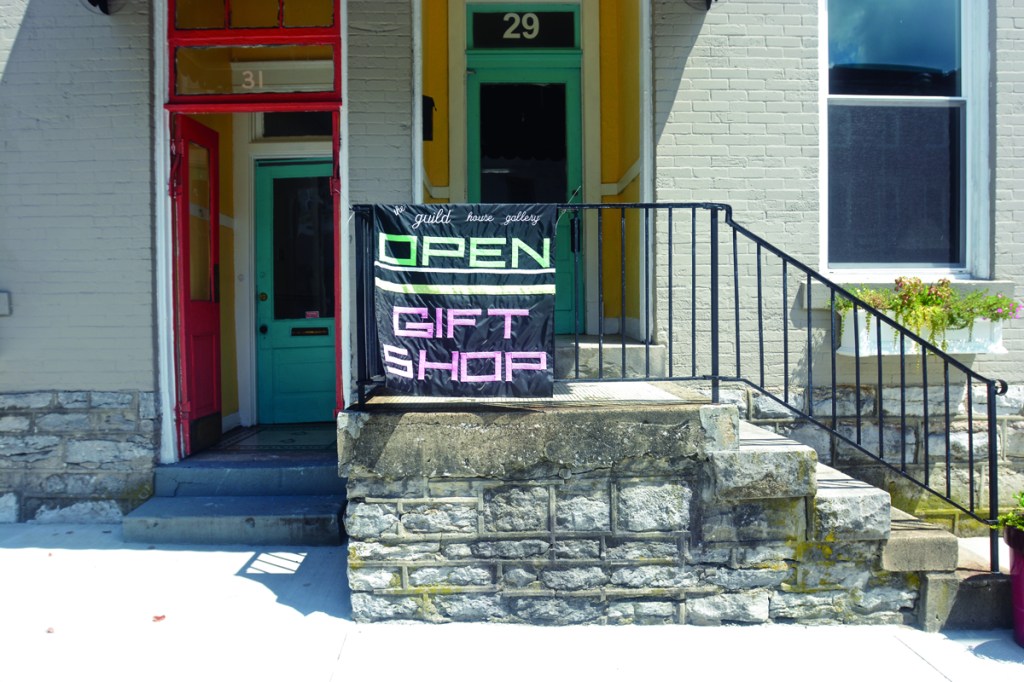 Arts on Main, the Winchester Art Guild's new store, is officially open as of last week. Regular hours are 10 a.m. to 4 p.m. Tuesday through Saturday.

The arts district on North Main Street just got artsier.

The store moved from 18 W. Lexington Ave. The new store’s regular hours are 10 a.m. to 4 p.m. Tuesday through Saturday.

The entire operations are volunteer-led. Each artisan who displays and sells their work in the store is required to volunteer their time working at the store or pay a small fee.

About 21 artisans display their work.

The Winchester Art Guild was formed in 1978 as a nonprofit to support the visual arts in the community.

Elizabeth Chalfant, an Art Guild member, said the guild is excited to be a part of the downtown developing arts district.

“It’s a place to showcase who we are,” she said.

“People love to have homemade gifts from somebody,” she said.

Not only are many of the items in the store sold locally but many find their way all over the country, shipped to people who may live out of state but have connections to Clark County.

“There’s a lot of talent in Clark County,” Chalfant said.

“It gives us an opportunity to see if anybody would be interested in purchasing items we’ve worked hard to make and we’re proud of,” Chalfant said.

The goal of the store is to attract people downtown, inspire interest in the arts and, hopefully, bring people from out of town as well, Ruffett said.

The guild tries to be involved in as many local festivities as it can, running a booth for the Beer Cheese Festival, opening for the upcoming Sip and Stroll and more. Arts on Main will even have its official grand opening Aug. 4, the same day as the downtown Scooped event and the Holy Smokes BBQ Competition and Fundraiser.

Eventually, the guild will begin to use the space in the conjoining building at 29 N. Main St. for storage as well as a space to host community art classes.

Membership for the guild is open to anyone 16 or older supporting the arts, and members do not need to reside in Clark County or even Kentucky. The membership roll lists supporters from other states as well as the surrounding areas. Chalfant said there are about 50 members.

Member Sheila McCord said people should, at least, come to check out the shop. There are many unique, one-of-a-kind items available. Some artists are even open for commission work, Chalfant said.

There’s something for everyone, Ruffett added.