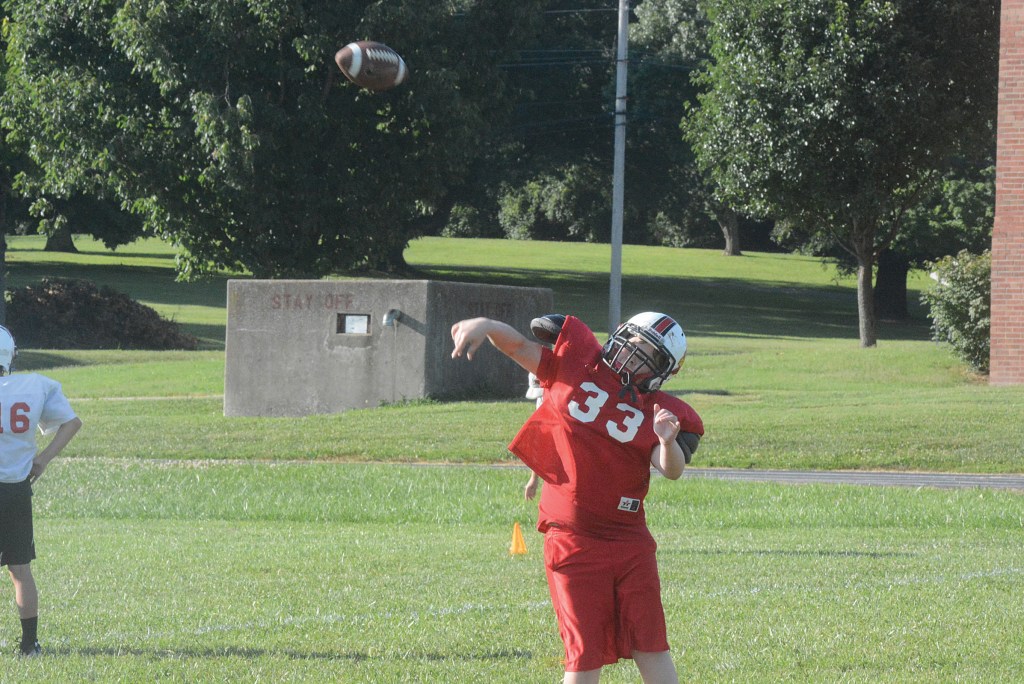 Goodlet said Cam Newton is his favorite NFL player and hopes to have the same winning mentality as him going into this season. (Photos by Micah Satterly)

He said he has put his all into the game and hopes to stay healthy throughout his career to make a name for himself.

Goodlet said he loves football because of the dedication it requires.

Goodlet said there are many parts of the game that he wants to improve on.

“I want to get faster and smarter on the field,” he said. “‘Hopefully I can get faster and I am going to keep running every day until that happens. I want to be able to say that I have scored a couple of touchdowns this year.”

Goodlet said his dad has played a major role in keeping his love strong for the game.”

“My dad is for sure my role model,” he said. “He pushes me to do my best no matter and has taught me to never give up. I always try to have that mentality because giving up will get you nowhere. I want to keep pushing myself and keep playing for as long as I can.”

Goodlet said he hopes to see more playing time as the season progresses.

“Hopefully I can make an impact on my team and help them win,” he said. “I hope that will transition into a starting role. I plan to work hard every day we are out here on the field to achieve that. I want to be the best at everything I do.”

Goodlet is aware he will have to take his game to the next level as he transitions into a high school player next season.

“I know have to get bigger and faster,” he said. “I know most of those things come as time progresses, but I want to do everything I can to make them happen.”

Goodlet said his favorite NFL player is Cam Newton and he builds his game around the same mentality as Newton.

“He has the mentality to go out and never give up,” he said. “He likes to win and so do I. I want to be as tough as him and I know that will take me a long way having that mindset.”