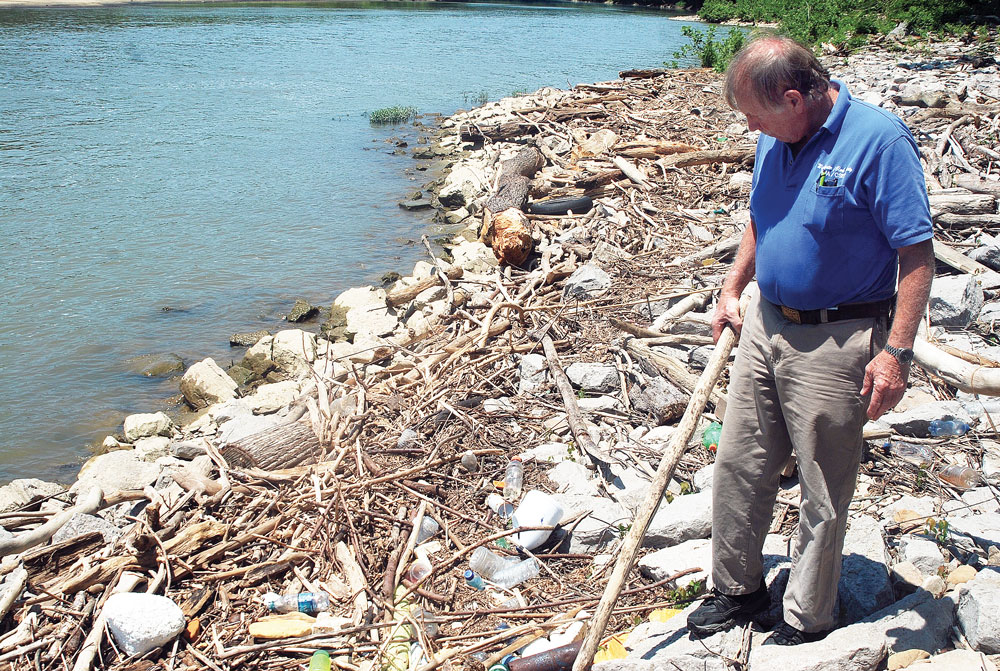 Clark County Solid Waste Coordinator Gary Epperson looks through piles of litter washed on to the shores of the Kentucky River in Clark County in 2018. (Photos by Fred Petke)

The annual River Sweep to clean the banks along the Kentucky River has been called off again for high water.

The event was originally scheduled in June, but heavy rainfall and rising water levels in the river forced its postponement to Saturday.

In the wake of a weekend of heavy rainfall, the event has been called off again.

“The water’s higher than it was the first time,” Clark County Solid Waste Coordinator Gary Epperson said Wednesday. “It’s projected to go down but it will still be too rough to get out there.”

Epperson said volunteers pick up trash river currents push to the Clark County side of the river across from Fort Boonesborough State Park. Other volunteers in boats then pick up the bags of trash.

The event is always a joint effort with Madison County officials. Epperson said they may schedule a smaller event later this year, but plans have not been finalized.

The need for the event certainly has not abated.

“I’d say a lot of the trash on our side has been washed downstream and replaced with new trash,” he said.

The event has been canceled a couple times in the past for bad weather, but this is the first time it has been called off twice in the same year.