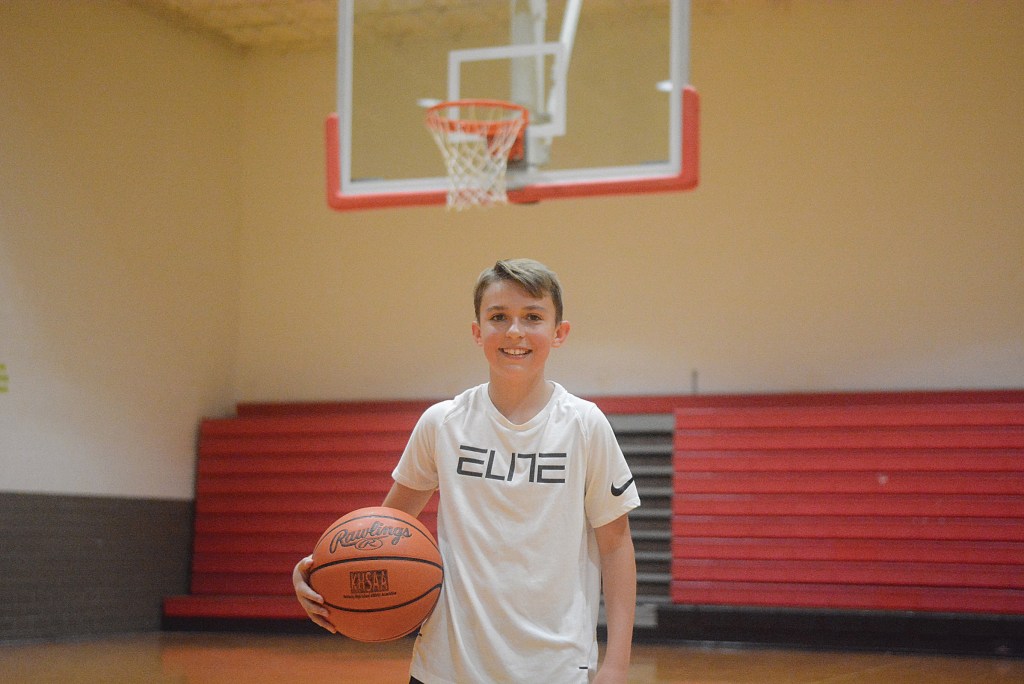 He attended Dwain Gay’s basketball camp at RDC because he said he loves to have the opportunity to play basketball any chance he gets.

In his last year of middle school basketball, Nein is ready to take his game to the next level before becoming a high school athlete.

Nein said he has stuck with basketball because of the joy it has brought him his whole life.

“I played it when I was just a little kid,” he said. “I have grown up watching it and playing it. It has always been fun to me.”

Nein said playing against high-level competitors has always been appealing to him.

“I really like the competition the game brings,” he said. “There are plenty of other people that are just as good and I just always try to be better than them. It has always made me work that much harder to get to that point.”

Nein said he has based his style of play on the Boston Celtics point guard in Kyrie Irving.

“Kyrie is most definitely my favorite player,” he said. “He is a point guard and he plays like me. He is a good passer, scorer and competitor. I always practice dribbling because I want my handles to be as good as his.”

Nein said there are still many parts of the game he wants to work on before he is content.

“Shooting is probably the biggest factor of my game I want to get better at,” he said. “My handles could use some work too, but they are getting there. I just have to keep doing what I do every day and it will all come with time and practice.”

Nein said he likes basketball because of the zone it puts him in when he is on the court.

“The people around me are what causes me to want to get better,” he said. “Playing other people and competing is what motivates me. I always love to learn new things about the game and that is what inspires me to play.”

Nein said he wants to be a leader on the court and help his team win as he goes into his last season of middle school basketball.

“I want to help my team get better and win games,” he said. “Hopefully we will win the championship this year. That is my only goal and I want to do whatever it takes to get that.”