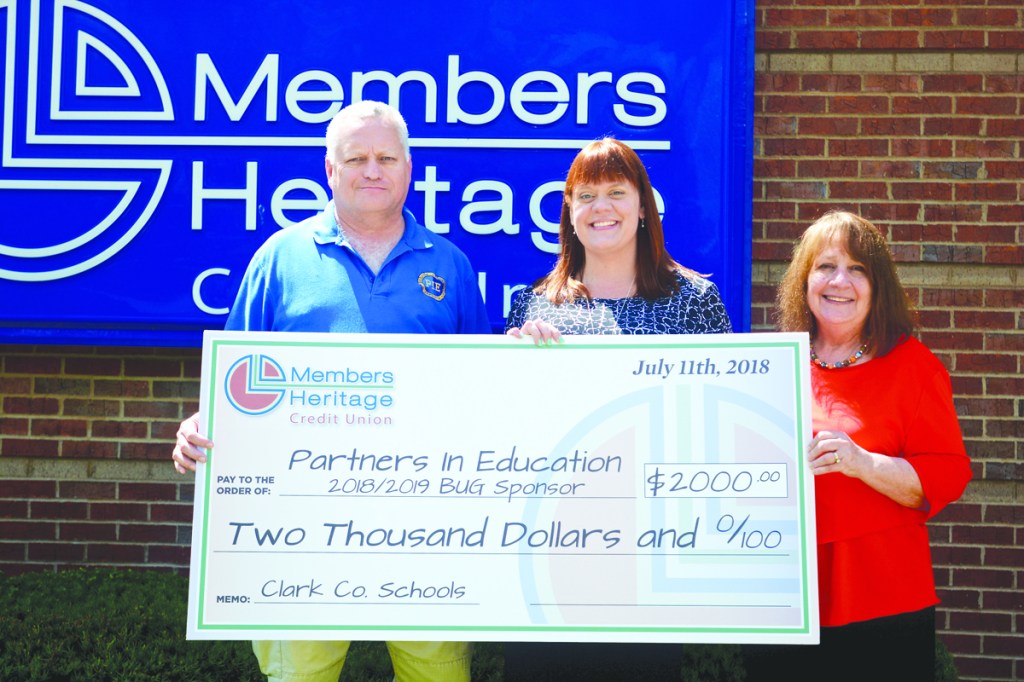 Members Heritage is the latest sponsor to join Partners in Education as a BUG (Bring Up Grades) sponsor.

Members Heritage has been a part of PIE’s mentor program for more than five years in which volunteers mentor students at Robert D. Campbell Junior High.

Tammy Burke, marketing director at the Winchester branch, said it was time to expand their impact and give back to elementary school students as well.

“We wanted to be more involved in schools,” she said.

PIE coordinates with Kiwanis in obtaining and keeping records of all students throughout the year and prepares the certificates. The average number of certificates awarded each year is 500, according to its website.

Emily Cope, Winchester branch manager, presented Greg Yates, PIE executive director, a $2000 check which will be used to provide incentives for students in the program. Yates said some incentives might be erasers, pencils, bookmarks and more.

Cope said she is excited to start the new school year not only as a mentor but also as a new sponsor of the BUG program.

“This program got my attention because of its impact on all elementary schools,” she said.

Burke said joining the BUG program was an effort made by Members Heritage to be more involved in the communities outside of its headquarters in Lexington. Members Heritage is in 22 counties.