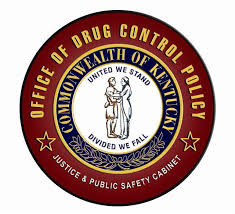 Drug overdoses continue to increase across Kentucky and in Clark County, according to a report issued by the Kentucky Office of Drug Control Policy this week.

“Over the past decade, the number of Kentuckians who die from drug overdoses has steadily climbed to more than 1,500 this year, exacting a devastating toll on families, communities, social services and economic growth,” the 2017 Overdose Fatality Report states. The annual report examines drug overdose deaths in all counties and tracks the rates of deaths over time.

The KODCP began tracking the overdose fatalities following the passing of House Bill 1 from the 2012 special session, according to the report.

The report is compiled using data from the Kentucky Medical Examiner’s Office, the Kentucky Injury Prevention and Research Center and the Kentucky Office of Vital Statistics.

Deaths noted represent both intentional and unintentional overdoses by illicit or prescription drugs, according to the report.

The number of deaths in Clark County has varied over the years, with the highest being 18 deaths counted in 2012 and the lowest being eight in 2014.

In surrounding counties, deaths in 2017 were 123 from Fayette County, 11 from Estill County, 43 from Madison County, 15 from Montgomery County and less than five from Powell County.

Autopsies and toxicology reports from coroners show fentanyl was involved in 763 Kentucky resident overdose deaths. That accounts for 52 percent of all deaths, up from 47 percent in 2016. The report does not show a breakdown of toxicology reports for counties.

A review of cases autopsied by the Kentucky Medical Examiner’s Office and toxicology reports submitted by coroners indicates that in 2017:

— Autopsies and toxicology reports from coroners show approximately 22 percent of overdose deaths involved the use of heroin in 2017, down from 34 percent in 2016.

— Fentanyl was involved in 763 Kentucky resident overdose deaths. That accounts for 52 percent of all deaths, up from 47 percent in 2016.

— The largest increase in overdose fatalities occurred in Jefferson County, where deaths increased by 62, from 364 deaths in 2016. Other counties with significant increases include Fayette County by 49, Campbell County by 26, and Kenton County by 17.

— Morphine was detected in 627 cases and Monoacetylmorphine (heroin) in 327.