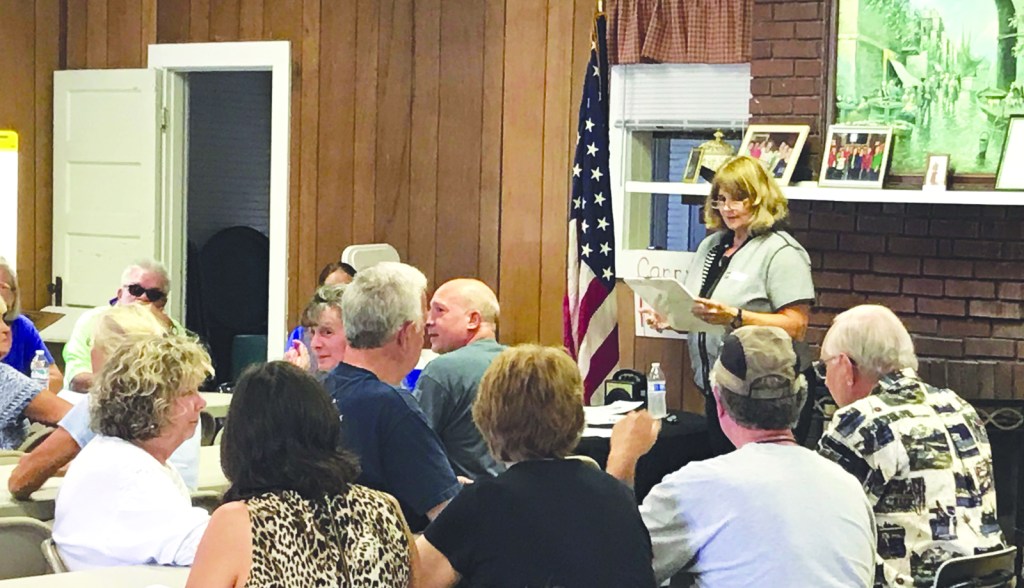 Residents in southwestern Clark County are hoping log their concerns about a possible underground stone mine along the Kentucky River by Aug. 1.

Thursday evening, about 50 people gathered for a meeting of the Southwest Clark Neighborhood Association to discuss a notice of an application filed recently by the Allen Company.

SCNA President Deborah Garrison said the group has been fighting the potential mine since 2013 and pursued it all the way to the Kentucky Supreme Court, which chose not to review the case after a lower court ruled in the Allen Company’s favor.

“We knew after November the Allen Company was not going to do nothing,” Garrison said.

On July 17, a legal notice was published that the Allen Company, which operates a stone mining operation on the Madison County side of the river, was seeking a permit to operate an underground mine in Clark County. The original notice, published July 12, was for an open pit mine, but Garrision said that was previously denied by local planning and zoning officials.

Publishing the notice opened a 15-day public comment period at the Kentucky Department of Mines, which ends Aug. 1.

At this point, Garrison said the actual permit application has not been filed in Frankfort and she is not sure of the contents or what the Allen Company is seeking.

Previously the company discussed building a conveyor belt over the river from Clark County to Madison County to transport the mined material, she said.

“They’re not going to stop and they have deep pockets,” Garrison said.

The group asked anyone interested to send an email to donna.schartung@ky.gov which references permit no. 025-9400 and includes the writer’s name, address, email address and phone number.

Garrison said letters can be as long and short as the writer wants, but should list reasons why they would oppose the permit. Reasons cited Thursday included air quality, property values, noise, environmental concerns and historical significance of the area.