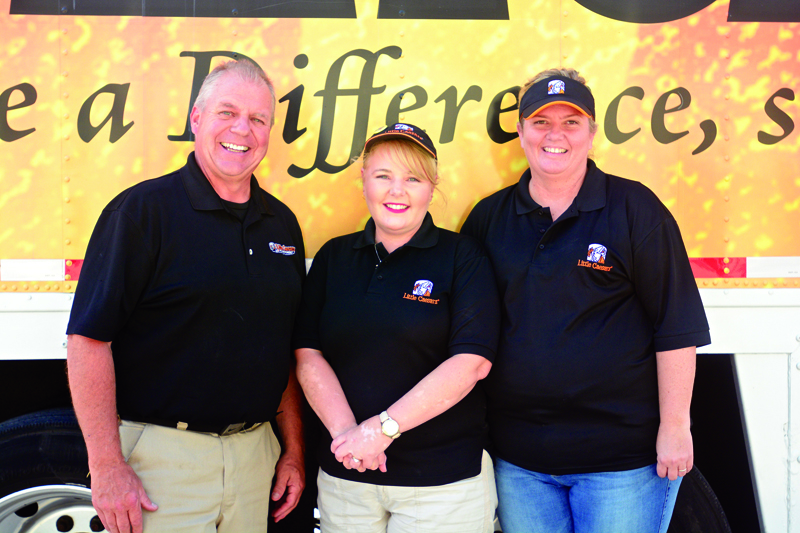 Little Caesars Love Kitchen made a pit stop in Clark County to feed more than 60 people in the community.

Jeff O’Meara, a Love Kitchen driver, said there are two mobile pizza kitchens, one each for the eastern and western side of the United States. The kitchens travel to local homeless and emergency shelters to feed members in the community.

“The Love Kitchen goes around seven days a week to homeless shelters, rescue missions, soup kitchen, and we get the local stores to donate the product and labor to help us,” O’Meara said. “We give that back to the community and help out.”

O’Meara said the Love Kitchen has been traveling since 1985. It will even travel to natural disasters such as when Hurricane Harvey hit, the trucks made a trip to Texas, he said.

Shelter director Michele Bradford said each person receives two slices of pizza and a water. The meal is free.

“It’s not too often (people housed in the shelter) get pizza unless someone donates,” Bradford said.

Bradford said it’s refreshing to see a corporate chain give back to local communities.

“It’s pretty awesome to see a company wanting to give back, especially to local communities,” she said. “I think it’s great.”