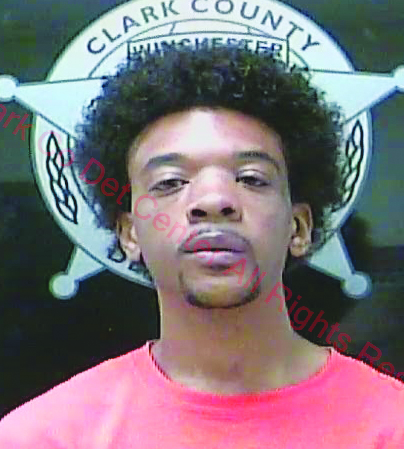 Police charged a Winchester man with intimidating a participant in a legal process following a domestic situation Sunday morning.

Zaire Dudley, 24, was arrested and charged with harassment, disorderly conduct and intimidating a participant.

According to court documents, Winchester Police responded to a domestic situation at 101 S. Burns Ave. at 8:40 a.m. Sunday.

A neighbor told officers a 2-year-old child came to the house and said his or her parents were yelling.

When officers arrived, Dudley was outside and said he was waiting on a ride. He said the female became upset when he asked to use the phone or wi-fi. The victim told officers Dudley was not to be around the child, per state social workers.

When the victim and neighbor both told Dudley to leave, he refused to leave the sidewalk and started recording officers interviewing the victim.

When officers told him to leave, he reportedly became argumentative and continued recording. When he was arrested, officers said he started yelling racial slurs while looking at the victim and the neighbor.

Dudley is being held on a $5,000 cash bond in the Clark County Detention Center.

Dudley previously served a seven-year prison sentence after pleading guilty to second-degree robbery in connection with an armed robbery in November 2013.