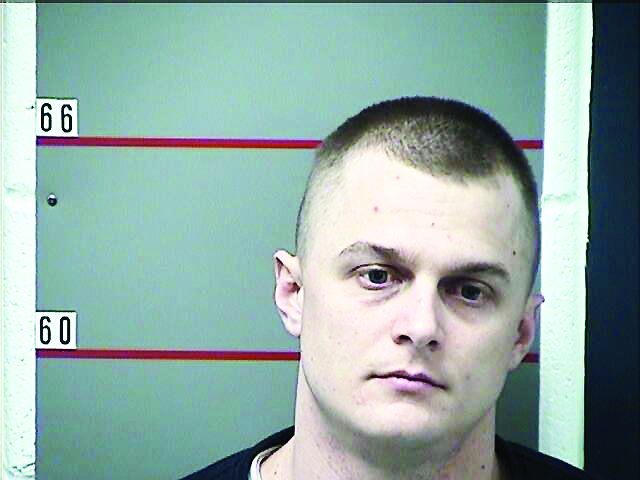 A Winchester man has been sentenced to more than nine years in federal prison for possession of stolen firearms.

Brandon Martin, 29, was sentenced  this week to 110 months by Senior U.S. District Joseph M. Hood, according to a Department of Justice press release issued Tuesday.

Martin admitted in June 2017 he possessed five stolen firearms, according to the press release. He also admitted knowing the firearms had been stolen when he pawned them at several pawn shops in the Winchester area.

The Clark County Sheriff’s Office and Versailles Police Department confirmed the firearms had been stolen from burglaries in residences in Clark and Woodford counties.

Clark County Sheriff Berl Perdue said Martin was initially charged with burglary, in which he stole multiple firearms and approximately $50,000 in cash. Perdue said some of the firearms were recovered, but the money was spent and was not recovered.

Martin faces state charges in some of these counties for the burglaries and has previously been convicted of three prior felony offenses.

He pleaded guilty to the federal charge in March. Under federal law, Martin must serve 85 percent of this prison sentence, and upon his release, will be under the supervision of the U.S. Probation Office for three years.

“This case is part of Project Safe Neighborhoods, a program bringing together all levels of law enforcement and the communities they serve to reduce violent crime and make our neighborhoods safer for everyone,” according to the release. “Attorney General Jeff Sessions reinvigorated PSN in 2017 as part of the Department’s renewed focus on targeting violent criminals, directing all U.S. Attorney’s Offices to work in partnership with federal, state, local and tribal law enforcement and the local community to develop effective, locally-based strategies to reduce violent crime. “