Down the Lane: Clark teen inspires with story 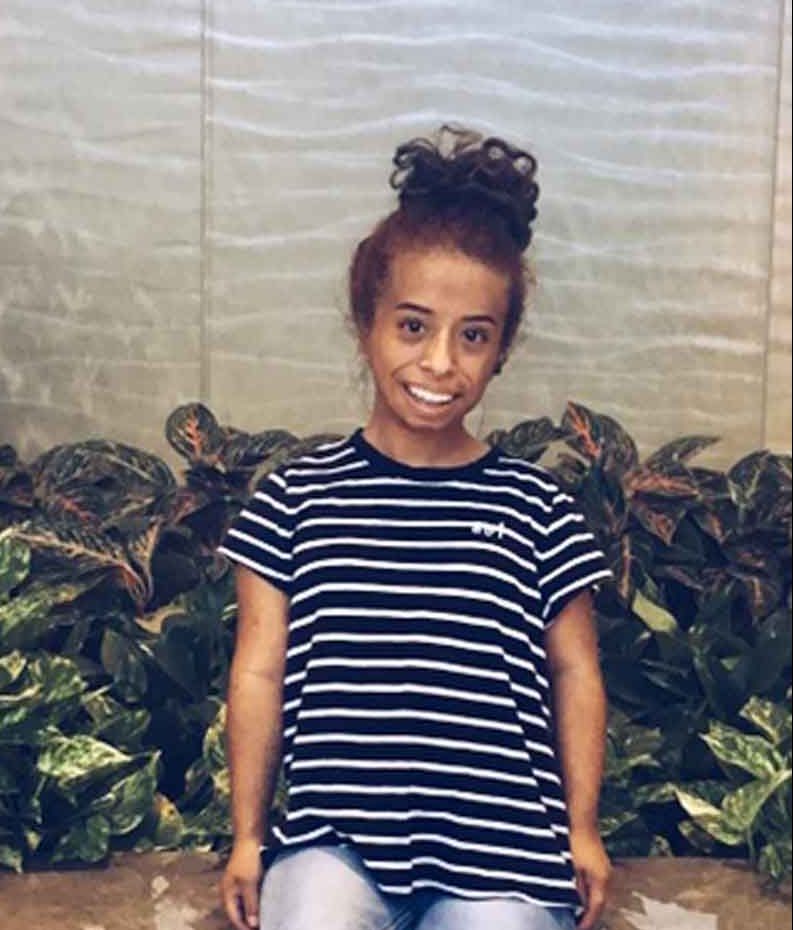 At 3-foot-11, Gabby Sanchez is shorter than the average adult, but she also has a larger-than-life personality and is hopeful she can bring a positive message to others who feel bad about themselves because they are different. (Photo submitted)

If you have been to Walmart lately you may have noticed a beautiful and special young lady working there.

If you’ve met her or seen her working, she would certainly catch your eye. The name on her navy blue Walmart vest reads “Gabby,” but her full name is Gabriella Sanchez.

One of the things about her that impressed me was her politeness and her quick smile seemed to radiate from within.

She is not your average clerk or employee at Walmart. In fact, Gabby is not the average person at all.

She is considered a “little person.”

When I was growing up, people such as Gabby were called midgets. Now, that is not the correct way to describe someone like Gabby.

Gabby looks perfect in every way, she is just shorter than average. At 18 years old, she stand 3 feet, 11 inches.

I just wish I had the same beauty that seemed to surround her.

It only took me a few minutes to realize Gabby seemed to be a bigger-than-life type of person. She seemed to be sure of who she is and comfortable with herself. This is something many people, even of average height, do not seem to ever accomplish.

I asked if she would be willing to let me tell some of her story, and she was kind enough to let me.

I first wanted to know where Gabby gleaned her positive attitude about life. She attributes this to her mother. Gabby recalled coming home from school crying to her mom and telling her she was different from everyone else at school.

She told Gabby God made her the way she was and as the years went by, her talks with her mom are what helped and inspired her. That message resonated with Gabby and from that time on she began to think differently of herself. She knew it was up to her to change her feelings.

Gabby has lived in Winchester all her life, and said she experienced a lot of bullying growing up. But she tried not to let it affect her.

She was born with a condition known as Meir-Gorlin syndrome. The disease starts before birth. It is a genetic disorder. She has one brother and three younger sisters that were all born without the condition.

Gabby said as a child she dreamed of being in the movies. I had imagined the same thing for her when I first saw her.

The reason Gabby wants to be in the movies so badly is she may help the little people in the world who may not feel good about themselves. She wants to show them staying positive can bring good things to them.

I hope she fulfills her dream.

She told me if someone talked to her she wanted to always be nice to them. Her message to the world is, “no matter what you look like you can succeed.”

Her condition is rare but I think someone with Gabby’s disposition is even more rare. I think she is headed for success.

Maybe we all need to get Gabby’s positive attitude.

Sue Staton is a Clark County native who grew up in the Kiddville area. She is a wife, mother and grandmother who is active in her church, First United Methodist Church, and her homemakers group, Towne and Country Homemaker