Richmond man pleads not guilty to charges from weekend pursuit 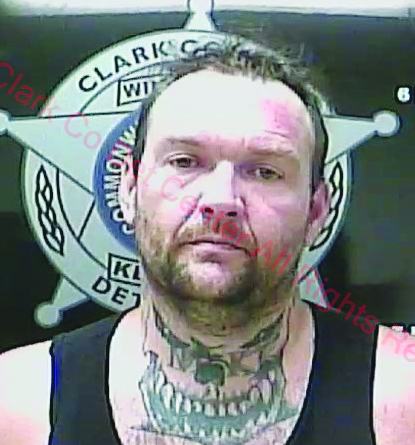 Robert Stafford, 37, was arraigned Wednesday afternoon in Clark District Court. Because he is facing several felony charges, including tampering with physical evidence and possession of a controlled substance, Clark District Judge Brandy Oliver Brown entered an automatic not-guilty plea to all charges. Stafford in now scheduled for a preliminary hearing, to determine whether there is probable cause for the charges, on Aug. 8.

Stafford, though, accelerated and led Cockrell down Lexington Avenue and through downtown at a high rate of speed. Cockrell said Stafford stopped near Patio Street and Rowland Avenue and fled on foot. Stafford was later arrested near the Memorial Park apartments.

Officers recovered a handgun Stafford allegedly threw from the vehicle as well as a backpack containing drug paraphernalia. In the vehicle, officers found more than one-third of a pound of meth, one gram of suspected heroin, suboxone strips, scales and plastic bags. Stafford’s wallet contained $2,557 in cash.

Stafford is being held in the Clark County Detention Center on a $15,000 cash bond.