GRC freshmen to play in All-Star game against Indiana 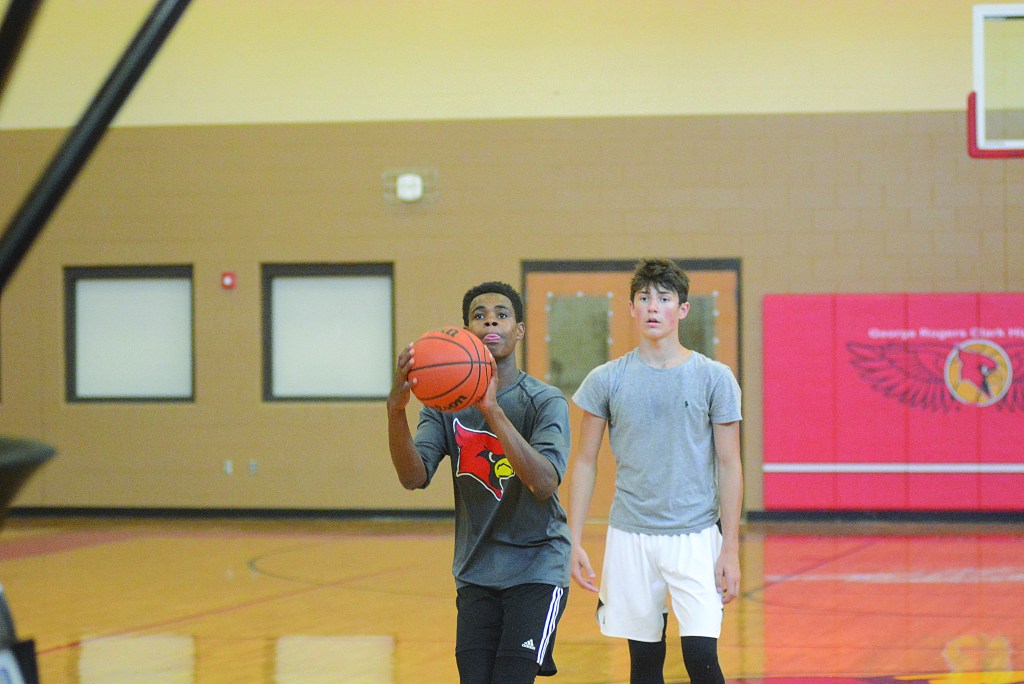 George Rogers Clark freshmen Hagan Harrison and Jerone Morton were selected to play in the Battle of the Bridges Kentucky vs. Indiana All-Star game, which will be in Louisville Saturday.

Both players have yet to see varsity time on the court, but that has not stopped their confidence from growing and their work ethic from getting stronger.

Harrison said he feels privileged to get a spot on the team.

“I feel honored to be on it,” he said. “Last year I did not get picked. So it felt good to be on it this year.”

Morton said his hard work is finally starting to pay off.

“It felt good when I found out I was named to the team,” he said. “Just know that I have been working hard and I am honored to be on it again.”

Head coach Josh Cook is excited to see how his younger players become dominant athletes in the upcoming years.

“It is exciting for our program that we have some young, talented kids coming up,” he said. “They work hard and they have had success, so it is definitely something positive for the program to see. We want to keep building on it and let those guys bring their winning experience and use it as motivation for years to come.”

Harrison said, even though he was named to the team, he still has more accolades he wants to achieve throughout his career and is not finished yet.

Morton said he is always looking for ways to improve his game.

“I want to keep getting better,” he said. “I want to get better at everything I do and I want to make sure that it shows.”

Cook said there is no doubt that his young freshmen have a winning mentality.

“They both want to win,” he said. “That is the thing, our middle school program has done a great job with this group of kids that are going to be incoming freshmen for us. They have won the passed 2 years and have done really well. It is exciting to have these kids with a winning mentality that have had success and understands how to play at a high level. They know how to try to go out there and win.”

Harrison said he wants to take on more of a leadership role as the point guard transitions from middle school to high school.

“I want to be a leader,” he said. “I want to be a role model for my team. I am going to keep everybody positive and run the floor like what a point guard is supposed to do.”

Morton said he understands that there is more to being successful in basketball than just being on the court.

“I want to make good choices on and off the floor,” he said. “I want to help take the team to Rupp Arena.”

Harrison said he is excited to begin his journey in helping the Cardinals get to Rupp Arena for the state tournament.

“I am excited to try to get to Rupp,” he said. “I have always wanted to go there play. That is the main thing I am excited for this season.”

Cook said he could not ask for a better group of freshmen.

“They are good kids,” he said. “Of course all kids have to grow up in some areas and do some things, but they are good kids. They love the game of basketball, they want to work and they want to be in the gym. It is exciting for us that they have the work ethic already and our job is to help improve on it and keep them consistent.”