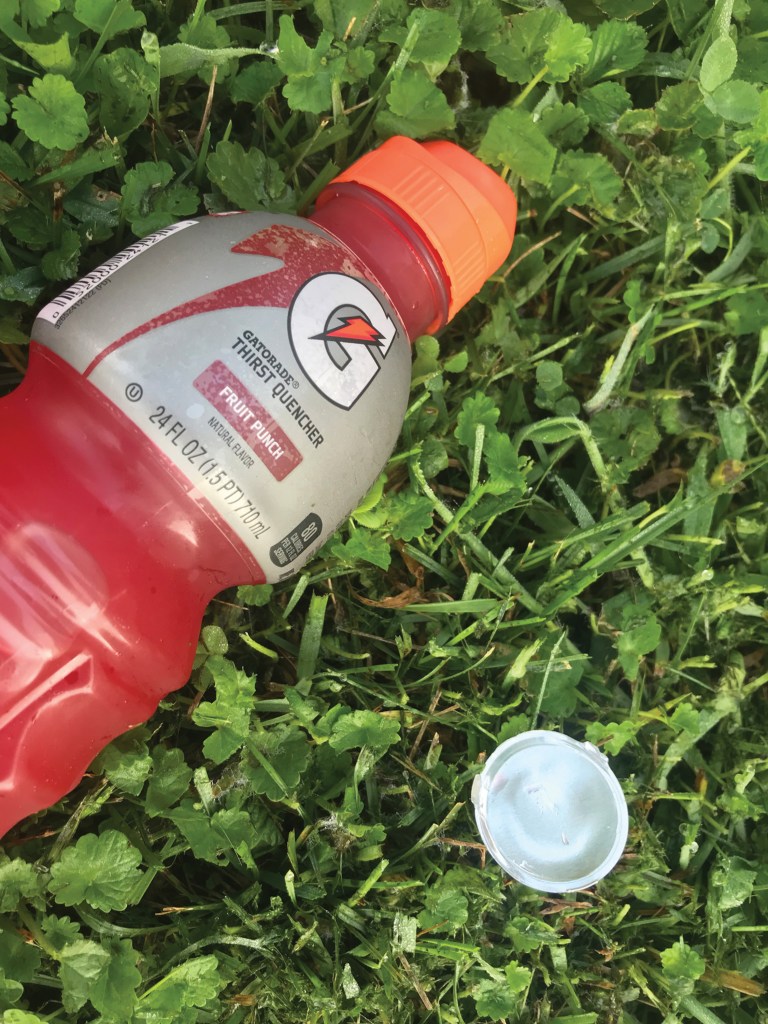 Wendell Berry said in his wonderful work, The Art of the Commonplace: The Agrarian Essays, “We have lived our lives by the assumption that what was good for us would be good for the world.”  The world in this instance is not the people of earth but rather the world itself.  The planet on which we live.

This came to mind recently during a class that my wife and I were teaching to some kids.  When I assist her in these classes we often gather the kids in a circle and talk about what we are going to do for the day.  It was during this initial discussion that many of the kids were drinking from their water bottles and sport drinks.   One of the kids, around 10 years old, opened her sports drink and took off the seal of the bottle and threw it on the ground in the middle of the circle.

Although it bothered me personally, this young lady had obviously not been taught the merits of proper placement of garbage while outside.   What a wonderful opportunity that presented itself!  I find this to be true of most natural areas.  For some reason people feel it is acceptable to take their used stuff (bottles, cans, diapers) and simply throw them on the ground. This is not acceptable.  The question begs to be asked “How do we go about changing this mindset?”  I think a portion of the answer falls into three perspectives.

The first coincides with Mr. Berry’s quote from above.  I believe it is upon us to educate and encourage those new to the outdoors, whether they be young or old, that they are part of something much bigger than themselves.  If you consider the young lady in our class, you can understand what I mean.  That young lady knew she no longer needed that seal to the drink.  I am not sure if she knew the garbage can was in the park.  I showed her where it was, and I picked up the garbage and placed it in the can for her.

In this manner she sees a person of authority doing the right thing.  It does not always work, but providing a visual for others to see is a good way of teaching a lesson without any words.  For those that would have taken a harder stance and had her pick up the garbage and do this, I would humbly submit that you don’t know what you are talking about.  To embarrass a child of this age in front of her peers would be tantamount to her throwing more garbage on the ground later just to spite me.  I can assure you of that.

Secondly, we must be good stewards of the world in which we live.  This sometimes devolves into a political debate.  Who takes care of the earth better, this party or that one?  It is of no consequence to me who you vote for, that is the beauty of a Democratic Republic.  However, what must be true is that everyone should take care of this place we live.  I often tell people in our nature awareness classes that humans are the only species on the planet the purposely craps in our own nest when we have other options available.  I do not know if that is scientific fact, but the message translates well.   This is the only home we have, we must take the steps necessary to not pollute it.  On a large scale or a small one.

Lastly, we must understand where things go when we “throw them away”.  Many of us believe that by placing things in the garbage can that they somehow magically disappear.  They don’t disappear, they just get transferred to somewhere else rather than right in front of us.  This also takes me back to Mr. Berry’s quote.  Although it is nice for us to get rid of the garbage, someone or someplace else must receive it.  That is why it in our best interest to re-use containers when possible, recycle when we can’t and in general try to leave less stuff for the sanitation workers each week.

This is not about politics people, this is about our home.  Let’s leave it better than we found it.  I hope to see you on, or off, the trail!

Craig Caudill is a lifelong resident of Winchester and serves as Director of Nature Reliance School. He is the author of Extreme Wilderness Survival and Ultimate Wilderness Gear.  Please feel free to contact Craig at info@naturereliance.org or through any of the various social media platforms available.