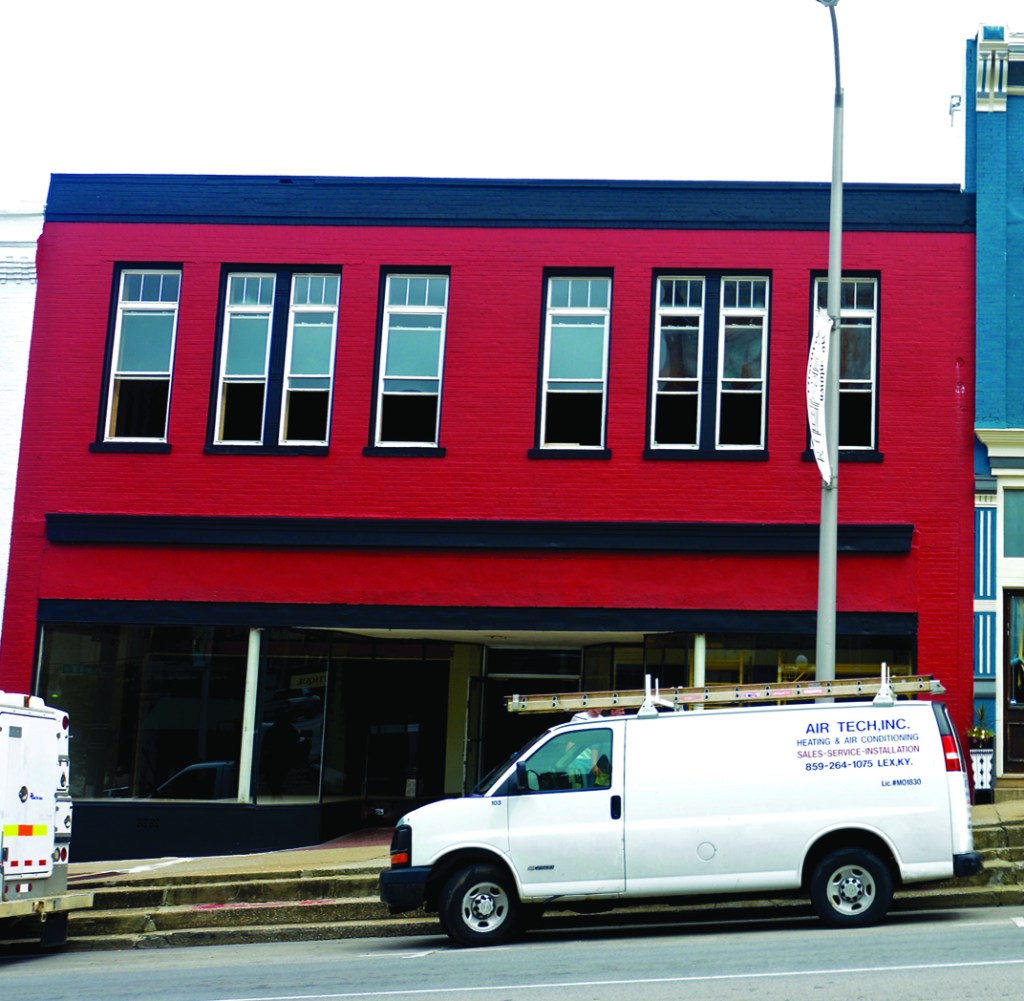 The former J.C. Penney building in downtown Winchester will soon be home for StrengthFix, a training facility for Olympic-level weightlifters. (Photo by Lashana Harney)

When Dr. Perry Williams kept getting inquiries from people interested in joining the Winchester Weightlifting team, he knew he was going to need a bigger space.

The small area in the back of his chiropractic practice was only suitable to train about four people — leaving no room to grow.

Now, with a 10,000 square-foot space in the heart of downtown Winchester, the possibilities for growth are within reach.

Williams said he plans to open the new training center, StrengthFix, before 2019.

Work is currently being done on the three-level building which will feature 10 platforms designed for Olympic weightlifting, 10 bench presses, a cardio zone, a strength and conditioning area, plyometric and acceleration training area and more.

The training center will also have space to do barbell drops, Williams said.

StrengthFix, located in the old Penney’s building, will have a primary focus on Olympic weightlifting and powerlifting, but as the training center slowly grows, it will offer training for various athletes, personal training and more.

Olympic-style weightlifting is a sport in which the athlete attempts a maximum-weight single lift of a barbell loaded with weight plates. The two competition lifts are the snatch and the clean and jerk, and each competitor gets six attempts. Williams said the season runs from January to March.

Williams said he has been coaching Olympic weightlifting for about five to six years but has also worked as a strength and conditioning coach on and off for nearly 20 years. Williams is also a former football coach.

Williams said he became intrigued with weightlifting after watching competitors while working on the sports medicine side during the 2016 summer Olympics in Rio de Janeiro.

Last November, Williams helped put together what is now the four-person Winchester Weightlifting team and is helping to spearhead a weightlifting team for Robert D. Campbell Junior High School.

With the upcoming new space at StrengthFix, Williams said he has room to train about 40 competitive weightlifters. Winchester Weightlifting is open to all ages — 8 to 80 years old — anyone can lift, Williams said.

“It’s a place for real people to get strong,” he said.

The Winchester Weightlifting team is already making a name for itself after two of the weightlifters — Gabe Williams and Will Meade — were named state champions and record holders in their class. All four lifters on the team also qualified for the American Open series in Las Vegas.

Williams said weightlifting also helps athletes in other sports such as making them stronger, faster and safer.

“I think we are trying to make our athletes safer, perform better but ultimately give them an opportunity to pursue this joy and do so in a safe manner,” he said.

Williams said an added benefit is many of the certified coaches that will be a part of StrengthFix are also highly trained doctors in various sports medicine fields. He also said while fees and costs aren’t finalized, the training center will be affordable.

Williams said he hopes more people become interested in the sport. Weightlifting is for the people who were told they weren’t good enough; they were too small, not big enough, too weak, too slow — none of that matters when weightlifting, Williams said.