‘Scooped’ sells out in less than an hour 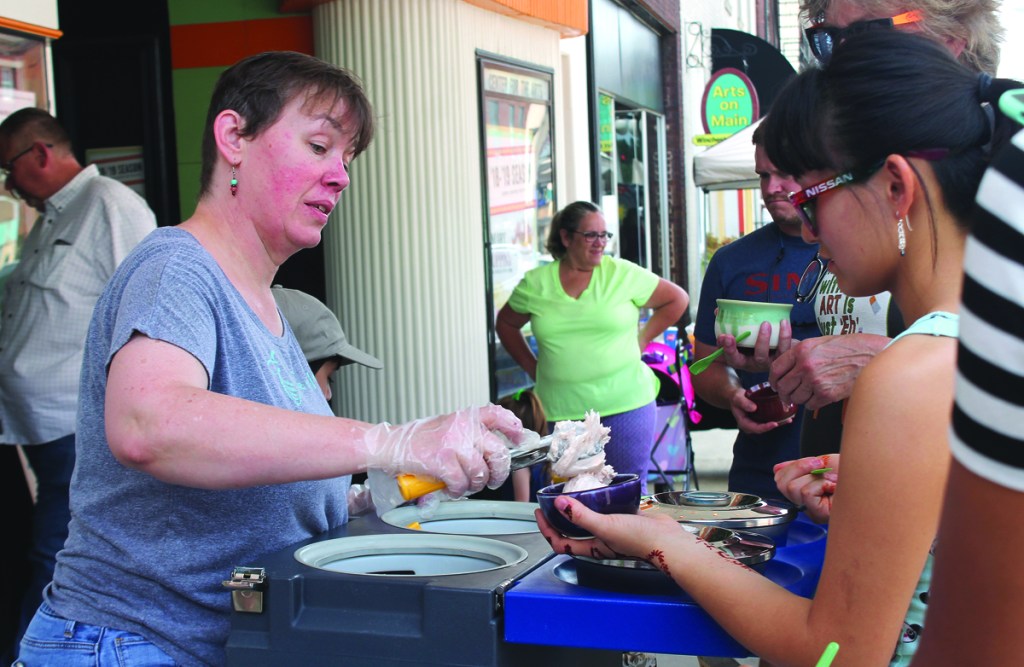 It took less than an hour Saturday afternoon for a fundraiser for the Clark County Homeless Coalition to sell out.

This was the first year for the fundraiser, which was spearheaded by Dirty South Pottery owner Carvel Norman.

Norman worked with Michael Andrews, The Greater Clark Foundation and the Art Guild to create the new summer event.

The one-day market was based on the concept of Empty Bowls, which raises money for Clark County Community Services annually.

All proceeds from Scooped will benefit the Clark County Homeless Coalition in hopes of paving the way for substance abuse counseling within the shelter, Norman told The Sun previously.

Norman and his wife, Ashley, along with about 10 other local potters came together to make the more than 300 handcrafted ice cream bowls. Those bowls along with a voucher for ice cream sold for $12 each Saturday.