Several pitch in after truck loads of donations at CCCS 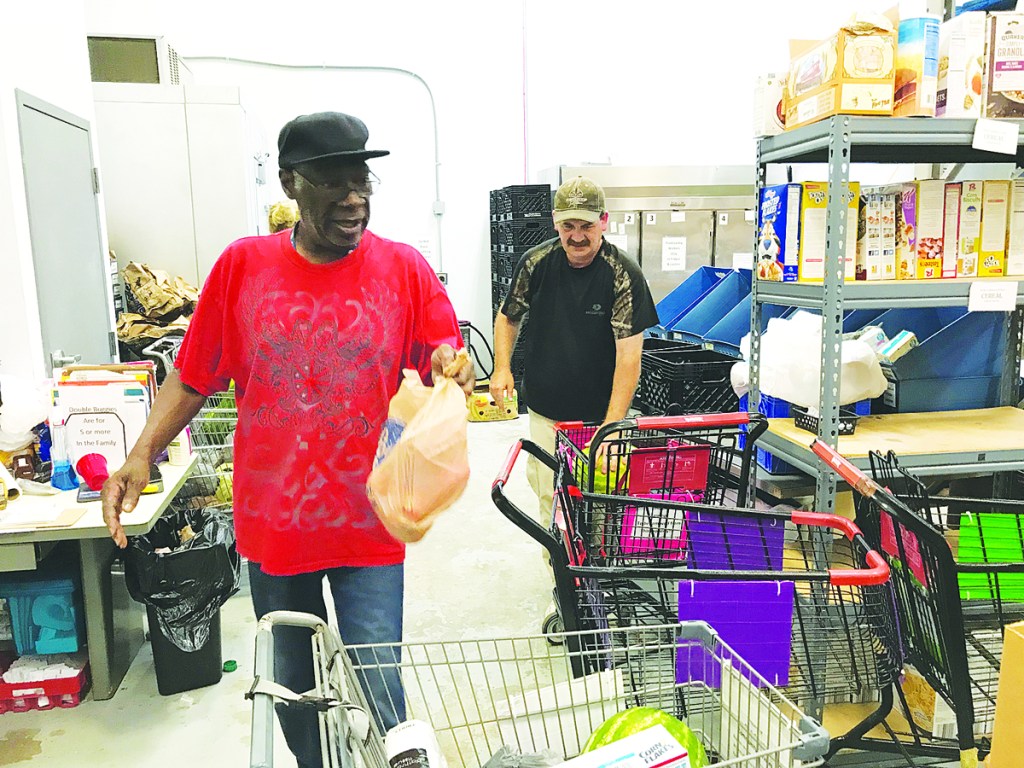 Monday afternoon was an all-hands on deck kind of time at Clark County Community Services.

Three truckloads of fresh produce had just arrived at 30 Taylor Avenue. Some came from God’s Pantry, a food pantry with a warehouse in Winchester. Four pallets of potatoes came from another truck driver as part of a load which was refused after it shifted in the truck.

There were watermelons. Crates and crates of cartons of grape tomatoes. Pallets of heirloom tomatoes in yellow, pink and red in all manner of funky shapes.

CCCS Director Debbie Fatkin and three others were working at full speed to bag the produce for waiting customers and clients alike. The food pantry manager was also off this week.

One person walked into the fray and uttered the magic word: “volunteer.”

Without missing a beat, Fatkin put them to work bagging tomatoes, six heirloom tomatoes and three containers of grape tomatoes to a bag for a waiting room full of people seeking food and fresh produce.

For the final hour of the food pantry’s time Monday, there was constant activity as they gathered and bagged produce, trying to keep up with the demand and the produce.

Fatkin said its not uncommon to get several truckloads of produce in one day.

“That’s pretty typical,” she said. “We’ll get a call from a truck driver or God’s Pantry. We don’t turn it down.”

Monday was the fourth time since July CCCS has received large amounts of produce, she said.

“I had three trucks come in one day (before),” she said.

While CCCS provides food baskets to qualified clients once a month, bulk produce is available to anyone regardless of income, she said.

“We want to make sure it goes to someone before it goes bad,” she said. “I hate throwing away food.”

Anyone who says volunteer, though, might be put to work.