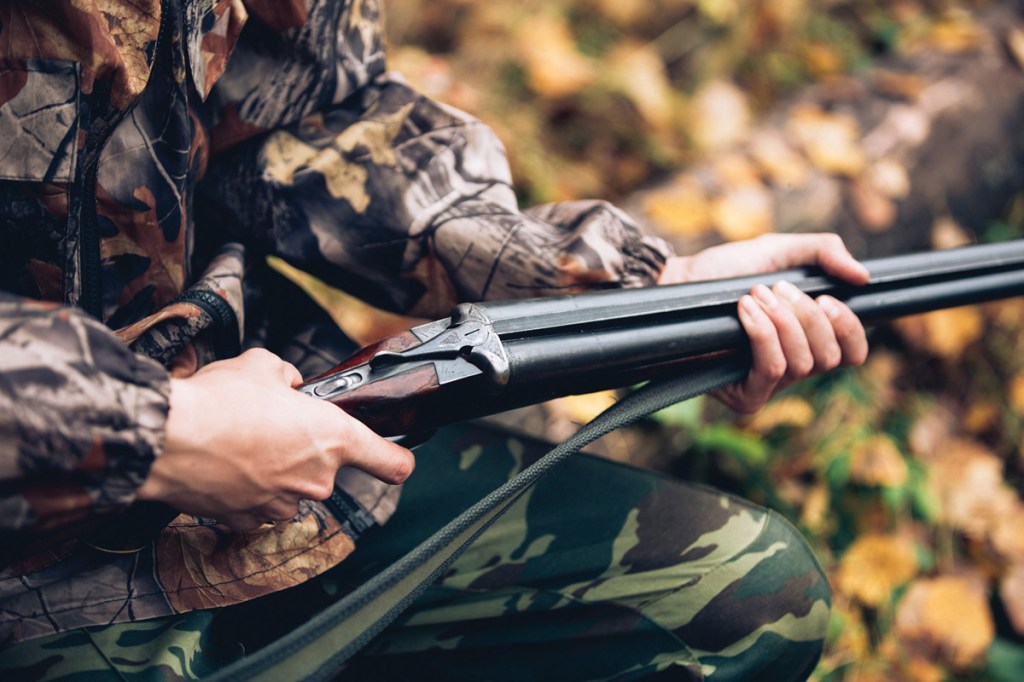 I am 49 years old as I write this and the lessons I will be sharing with you here, happened well over 30 years ago when I was a kid. If you are considering taking a kid squirrel hunting, read these words and consider what they may miss out on if you don’t take them.

When I was a kid and just beginning to learn about being a woodsman, my dad (Frank) would take me squirrel hunting on opening day of the season. We lived on Caudill Drive so we would be up before daylight and heading down Lexington Avenue for a very important stop to get fuel. Not vehicle fuel, people fuel. We rarely stopped to eat such things, but the 24 Hour PDQ mart (now Harper’s Auto) provided hostess donut packs and super bubble gum. These were special things I always got on the opening day of squirrel season. I always got the green super bubble because it was more camouflaged.

The next stop was Mr. Ashley’s farm way out Bybee Road, nearly all the way to Four-Mile Creek. The whole trip out dad and I would wonder if Mr. Ashley’s field would have corn in it or not. If it had corn, we had a long walk in the dark through head-tall corn which would soak us, or we would simply walk through a hay field and our feet would get wet. To get into the field we first had to cross a fence. I remember my dad helping me over the fence real early on before I was old enough to carry my own gun. He then handed me his unloaded gun across the fence so he would not have to cross the fence with it, which is unsafe. I remember thinking that holding that gun was very important and that I must do it right or I may not earn the right to carry my own someday.

After making our way across the field we would arrive near our hunting spot and our footsteps would immediately slow down so as not to alert the wildlife we were there. Sometimes treading lightly is the way to go in life, isn’t it? Early season squirrel hunting is all about finding hickory trees and there was a beauty right where we would set up and wait. Dad taught me to train my ears to listen for the distinctive swoosh sound the limbs with leaves would make when a squirrel would jump on them. It was almost always followed by dew droplets being shaken off. It is something, to this day, will make me stop and look whenever I am out and about.

We did that for a few years with me right by my dad’s side. He taught me when it was best to sit and wait and also time to get up and go after them. Both methods require the attributes of patience and good observation. Those are both attributes I use daily. Patience is obvious, observation skills are key to both staying safe and getting the most out of life.

After a couple of years with him and lots of experience and training from him, we went on a squirrel hunt around Cave Run in which my dad left me on my own for a short while. Don’t get me wrong, I was ready. I was safe and I was skilled but I was still scared…to…death when he walked off without me. I was supposed to be looking for squirrels but I did not take my eyes off the spot in the trail I last saw him. I never heard him coming but at some point, he appeared back at that same spot in the trail. I thought it was really cool how he could walk through the woods and not make noise. It is a skill I have used myself hundreds of times to hunt, take photos, or simply just study wildlife. In life, it is really nice to surprise people in good ways, isn’t it?

Some of the hunting trips near Cave Run included not only my Dad and me but also his brothers and their sons and daughters. We would have some hunts and a big communal squirrel stew. It is one thing to enjoy the stew when everyone else provided the food, entirely another when I added one in. I got my first squirrel on one such trip and I can very distinctly remember waiting to be picked up my family. They were all quick to congratulate me for providing some food for us all. That was an enormous feeling as a young kid. Being part of something larger than myself and providing for others, the very little that I did. That is a lesson that all children should get in some way, shape, or form. That we as individuals are valuable and important but also the world is bigger than us and to be on the lookout for ways to help others.

Squirrel hunting is not for everyone, but some of the skills learned from doing it certainly are. I hope to see you on, or off, the trail. I hope neither of us is making much noise when we do.

Craig Caudill is a lifelong resident of Winchester and serves as Director of Nature Reliance School. He is the author of Extreme Wilderness Survival and Ultimate Wilderness Gear. Please feel free to contact Craig at info@naturereliance.org or through any of the various social media platforms available.