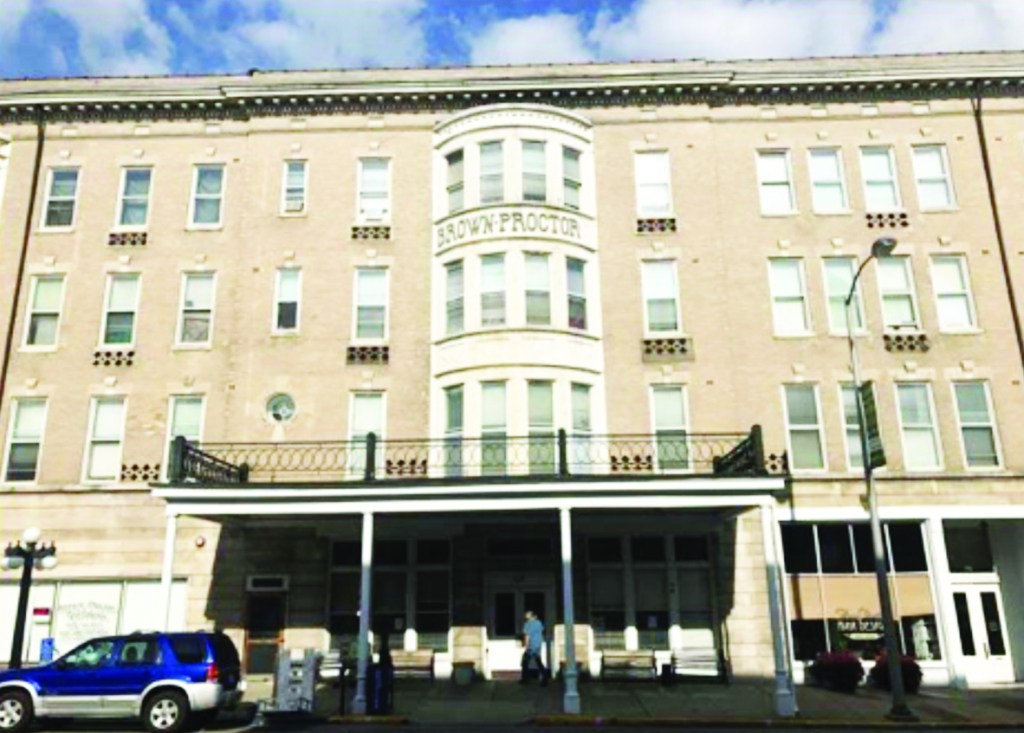 The historic Brown Proctor building on Main Street will be renovated to feature nearly 50 apartments for the elderly and disabled. (Photo submitted)

The historic Brown Proctor building in downtown Winchester is about to get a facelift.

Winterwood, Inc. in cooperation with Kentucky Housing Corporation, the U.S. Department of Housing and Urban Development, HOPE of Kentucky and CAHEC will unveil plans to renovate the building Friday morning.

The building is more than a century old and was the former Brown Proctor Hotel. For many years, it has been an apartment building.

When finished, Brown Proctor Apartments will feature 19 studio units and 30 one-bedroom units that will be completely modernized and renovated for housing the elderly and disabled population, according to a press release from Winterwood. The new apartment units will include Energy Star windows and appliances.

The project is expected to be completed by the end of 2019.

There will be a groundbreaking ceremony at 9 a.m. Friday at the Brown Proctor, 108 S. Main St. Guest speakers will include state Sen. Ralph Alvarado, Edwin King and U.S. Rep. Andy Barr.