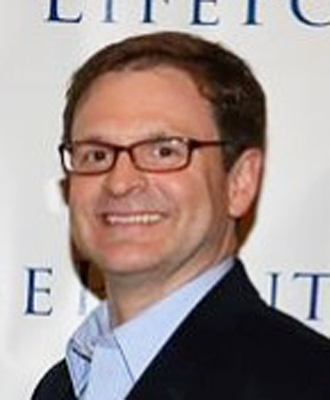 In addition to his duties as CEO of Clark Regional, Parker is also the Central Kentucky East market president for LifePoint Health, which includes Bourbon Community Hospital in Paris.

Barbara Kinder, chief clinical officer at CRMC, has been appointed interim CEO. She has worked for CRMC since 2012.

“Our community has truly benefited from Robert’s time at Clark Regional, and we are grateful for his outstanding leadership and service,” Jennings Mace, CRMC board chairman, said. “On behalf of the board, we wish Robert all the best in the future, and we thank Barbara for leading our facility through this change.”

According to a press release issued Monday, “Parker has helped drive operational improvements, generate growth in key areas and support enhancements in quality and patient safety.”

“There are few things I’m particularly proud of during my time at Clark Regional,” Parker said in an interview with The Sun Monday. “I’m very proud of the radiation-oncology program. We had to obtain a certificate of need from the state for that, and there are plans to continue working on that through the next year. We have launched or are bringing on seven new physicians specializing in everything from general surgery to internal medicine, hospitalist and more. We recently moved the Urgent Treatment Clinic to the first floor to make it more accessible to the community. On the fun side, we dedicated the long-term care party hut for our patients.

“Our team also has put a focus on the continued tradition of quality care and our mission of zero harm.”

Parker also noted the recent partnership with ART (Achieving Recovery Together), a local nonprofit offering peer support and other services to patients at CRMC who are treated for overdose in the emergency department.

“Our team put a lot of effort into launching that program and the ART volunteers make huge personal sacrifices for the program as well,” he said. “I think that is a unique, different and highly-effective approach to battling the opioid crisis.”

Parker said the new CEO will take over duties on projects and programs already in the works at CRMC including the radiation-oncology program, continued growth of the wound-care program and interventional pain clinic and continued expansion of the hospital’s footprint in the community.

“The arc of growth and continued excellence in provision of services will continue,” he said.

Parker emphasized the move to LHC has nothing to do with the hospital or the community, but is solely based on a commitment to family. Parker and his wife, Trish, will be moving back to Somerset, where they previously lived for 20 years and where their two children were born and raised.

“The great folks of Winchester and the surrounding communities have been absolutely terrific, and it has been wonderful getting to know so many individuals over the past two years who I now consider lifelong friends,” Parker said.  “I’m so thankful to have had the opportunity to be even a small part of the wonderful work happening at Clark Regional Medical Center, and there are many great things in store for this hospital.

“While it is so bittersweet to leave the Clark Regional family, I’m confident the hospital will continue its legacy of providing high-quality care for the Winchester community and surrounding areas.”