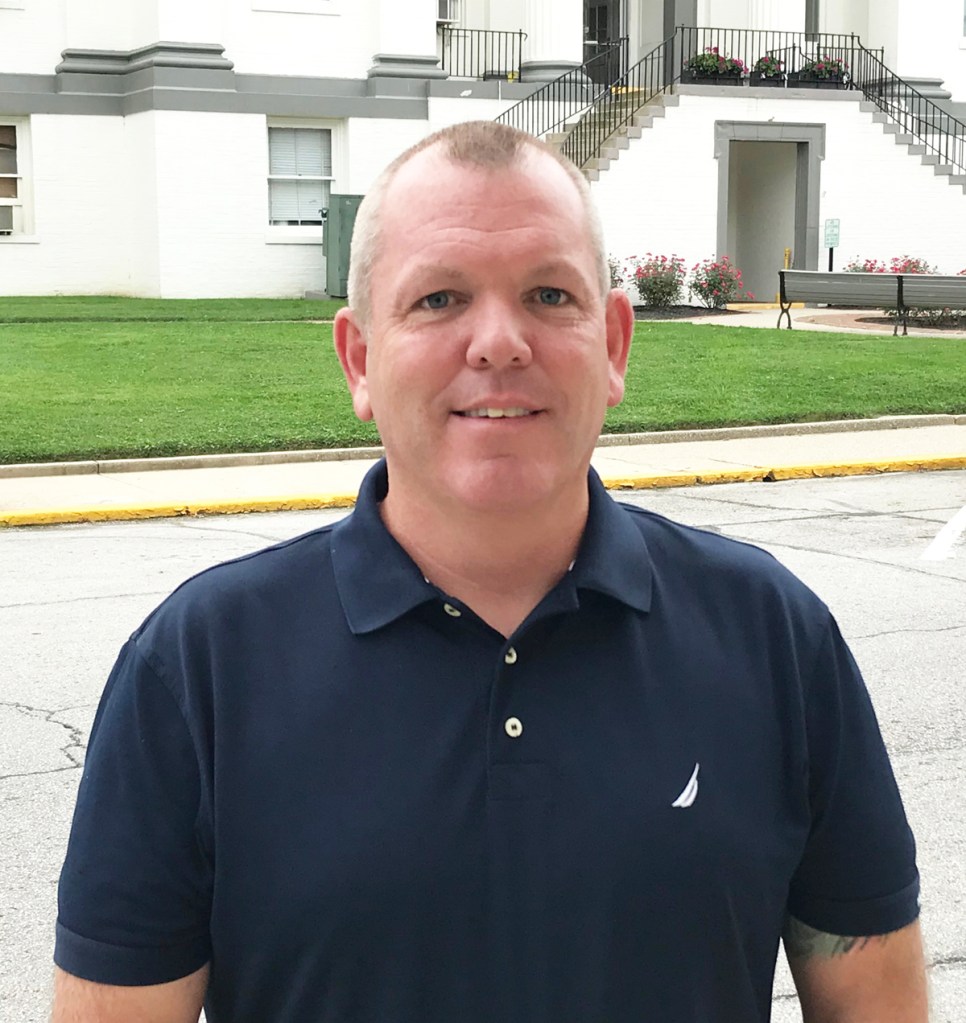 Editor’s note: After more than a year of celebrating dozens of volunteers from Winchester-Clark County in the Volunteer of the Week feature, The Sun staff has decided to switch gears and begin featuring a public servant in the community weekly. These features by reporter Fred Petke will run each Tuesday and  will be dedicated to telling the stories of those who serve, what motivates them and ther person behind the badge, the fire hose, the snow plow, the garbage truck and more.

Howard, who grew up in north Lexington, started at the sheriff’s office in 1998, after serving four years in the U.S. Marine Corps, including Desert Shield and Desert Storm.

He was working as a park ranger when the opportunity presented itself.

“I was living here in Winchester and a couple deputies knocked on my door,” Howard said. “They were working a case (and were looking for some information). We got to talking. They realized where I worked and said I should come down and talk to the sheriff.”

The interview with then-sheriff Gary Lawson went well and Howard’s career as a deputy sheriff began. When Ray Caudill became sheriff after Lawson, Howard stayed. He did the same when Berl Perdue Jr. was elected in 2007.

Being a small department was one of the incentives for Howard to stay put, though offers came along from time to time.

“We’ve tried to handle the law enforcement duties ourselves,” he said. “That’s been a big draw for me to stay and make my career here. Being a small department, you have more hands-on (experiences).

“There were times when I had things come along. I’ve always been the person who wanted to make a career here. I made some good relationships here and was happy here.”

Being with a small department also offered plenty of opportunity to try everything. Howard has been a road deputy. He’s worked courtroom security. He was a detective for a time. He was a patrol sergeant and retired as a captain.

Both his law enforcement and military careers are things he remembered wanting to do as a child, partly because of good experiences with police officers in Lexington.

“I distinctly remember Lexington police officers who would drive by, stop, get out of their car and talk to us,” he said. “They’d throw the football with us.”

Those human interactions still occur, though the world has changed, he said.

“I think the small voices of dissent get publicized more,” he said. “I don’t think anyone going into public service does it for the pat on the back. It doesn’t change how they go and do the job.

“We live in a different world. People want different things from law enforcement than they did 20 years ago. I think police officers today have to show a lot more restraint in what they say to people they encounter every day, whether writing a citation or taking someone to jail.”

After a full career between the military and law enforcement, Howard said his retirement will probably be short-lived.

“After a week, I haven’t really decided,” he said. “Probably in the next week or two, I have a few job opportunities I’ll look into. I’ll probably go back to work. Getting up and going to work is better than doing laundry and washing dishes.”

Do you know a public servant who should be featured as the Public Servant of the Week? Email reporter Fred Petke at fred.petke@winchestersun.com.